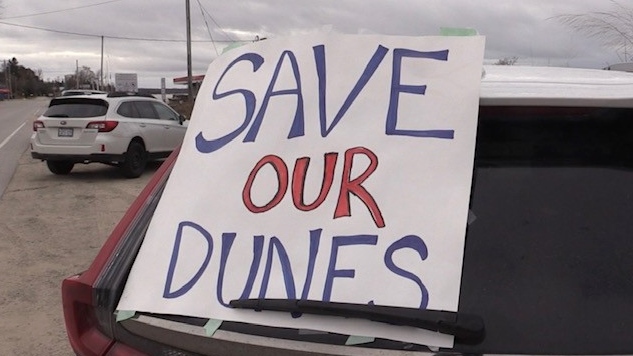 WINGHAM, ONT. -- A three-judge panel has stopped a local municipality from completing planned work to trim back sand dunes to make room for parking.

The review panel revoked a permit by the Grey Sauble Conservation Authority allowing the Town of South Bruce Peninsula to cut back sand dunes along Lakeshore Boulevard.

The town contended that the work along 470 metres of the road that runs along the beach was necessary to allow for safer angled parking.

The review panel did not give their reasons for the decision, saying they will have a more detailed judgement by the end of June.

The proposed dune work was subject to a protest late last year by some local resident and members of the Saugeen Ojibway Nation who lay claim to a large section of Sauble Beach’s waterfront.

South Bruce Peninsula Mayor Janice Jackson had this to say about their permit:

“We do not yet have any details on the decision to understand the reasons for sending it back to the conservation authority for their review, however the decision suggests that the panel was not unanimous.. Unfortunately, this means that the Parking Improvement Project cannot go ahead as scheduled and as a result, the town will have to take the necessary interim steps to mitigate the current safety hazard prior to the beach season."