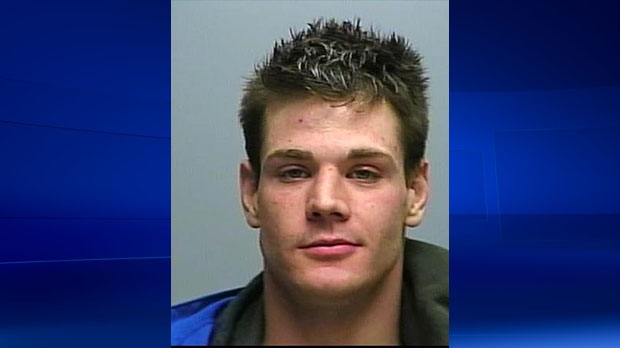 Joseph Kingdon, 26, of Sarnia is wanted by police on several charges on Friday, May 12, 2017. (Courtesy Sarnia Police)

Sarnia Police are asking for the public’s help in locating a 26-year-old male suspect wanted on several charges including assault.

Police provided a photo (above) of Joseph Kingdon of Sarnia who was allegedly involved in an assault .

Police did not provide details regarding the assault but said he wanted for assault, assault with a weapon, aggravated assault, and two counts of breaching his recognizance.

If anyone has any information regarding Kingdon’s whereabouts they are please asked to contact the Sarnia Police Service at 519-344-8861 (extension 0) or Sarnia Lambton Crime Stoppers at 1-800-222-8477.