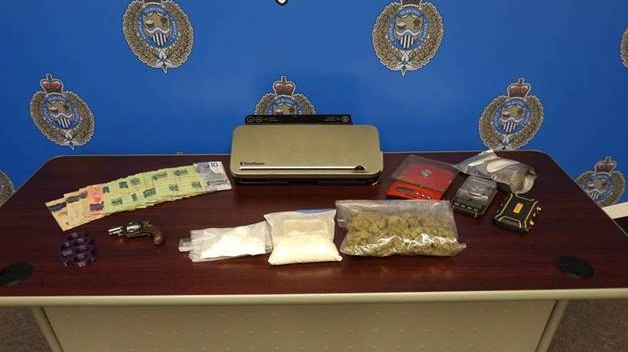 Officers executed a warrant on a vehicle around 11:36 p.m. on Thursday and both suspects were in the parked car on Walnut Street.

Police say officers approached the vehicle and one of the accused tried to run away which led to a short pursuit and struggle with police.

The driver tried to flee the area with the vehicle and during the attempt struck an unmarked police cruiser.

Police say officers were able to arrest the driver before any more damage or injury could occur.

Police also executed a warrant at an address in the 400 block of Wellington Street to search for further evidence.

The Vice Unit seized the following:

Police say the total street value of the drugs and currency seized is about $53,121.

Both have been held pending a bail hearing.