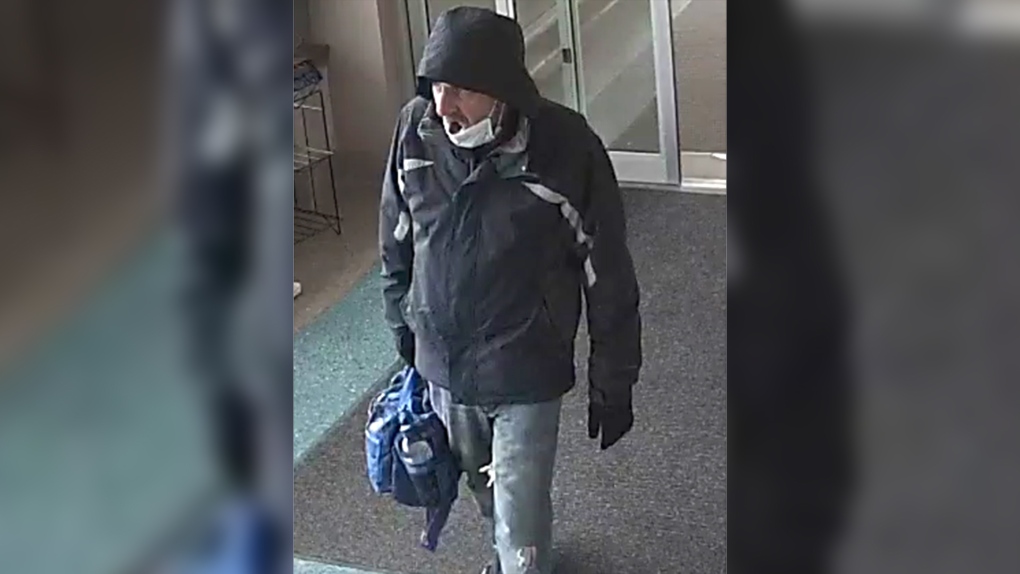 A suspect sought after two purse snatchings is seen in this image released by the Sarnia Police Service.

LONDON, ONT. -- Police in Sarnia are thanking the public for their help in the arrest of a suspect in connection with two purse snatching incidents in the city.

A 42-year-old Sarnia man is now facing charges including;

The charges come in connection with two incidents where elderly women had their purses stolen during the day on Jan. 16 and Jan. 19.

The incidents happened in the area of Maria Street, Russell Street North and London Road.

As the investigation into the purse snatching incidents continued, officers were called to a break and enter around 11:30 a.m. on Tuesday in the 100 block of Conestoga Drive.

According to police, the resident heard someone inside the home and found a man in a rear room who left without incident.

The break-in suspect was located by police in the area shortly afterward, and determined to be the same suspect believed to be responsible for the two purse thefts.

He was taken into custody without incident and was being held for a bail hearing.