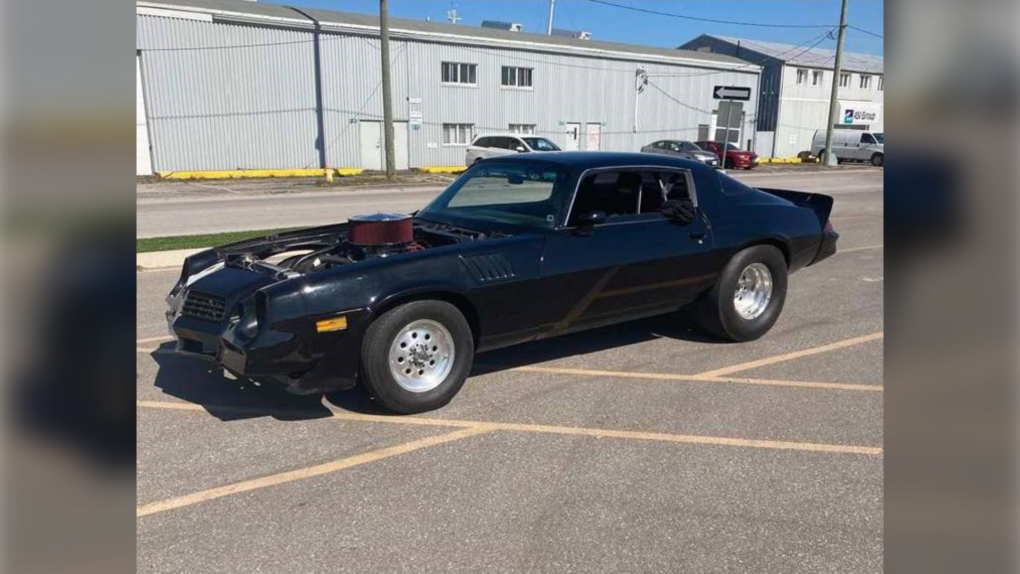 Sarnia police are investigating after this 1979 black Chevrolet Camaro was stolen off a flatbed truck in Sarnia, Ont. on September 16, 2022. (Source: Sarnia Police Service)

Sarnia police are investigating Wednesday after a Camaro was stolen from a south Sarnia, Ont. address last week.

According to a press release from the Sarnia Police Service, at approximately 7:45 p.m. on Sept. 16, the 1979 black Chevrolet Camaro bearing an Ontario licence plate of CSFY949 was stolen while parked on a flatbed trailer in the area of Palmerston Street and Campbell Street in Sarnia.

The vehicle was parked on a flatbed trailer with the Ontario licence plate R7125K.

Police say that the grey pickup was seen hitching up to the trailer with help from the driver of the blue pickup, and was then seen leaving the area.