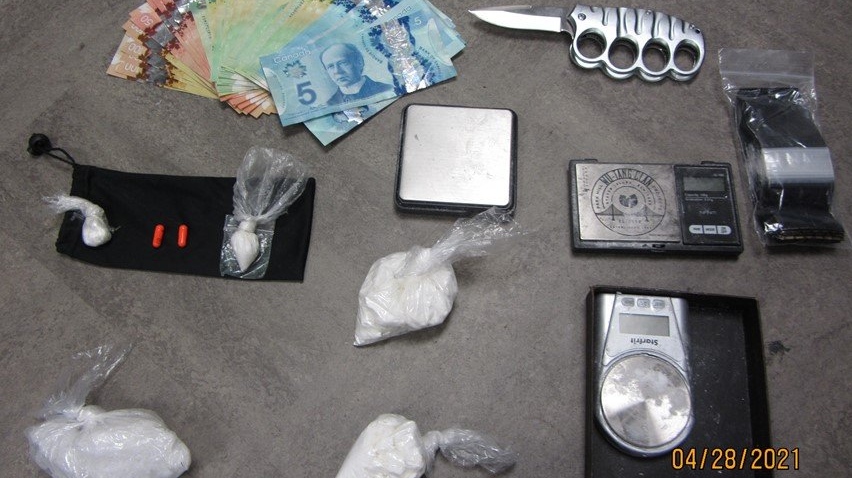 LONDON, ONT. -- A 32-year-old Sarnia man is facing several charges after police raided a residence and found $21,377.60 worth of illicit drugs.

Around 4:25 p.m. Wednesday police attended an address in the 1400 block of Exmouth Street in Sarnia to execute a search warrant.

When officers arrived the suspect was seen running away, but he was captured by police.

Officers also seized nearly $2,000 in cash and a weapon described as being a brass knuckles/knife combo.

The accused is in custody and awaiting a bail hearing on the following charges: