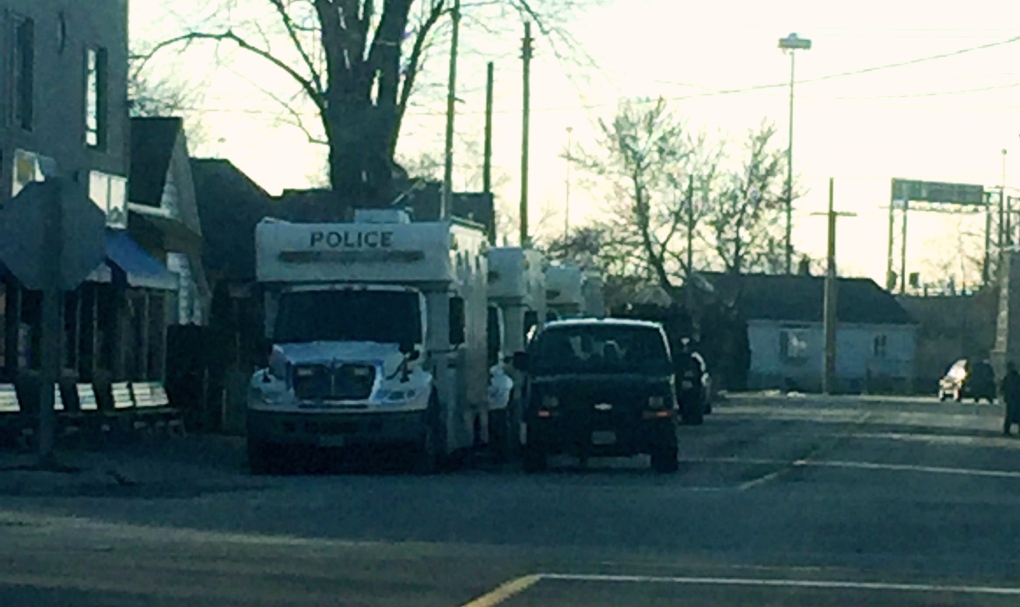 Sarnia Police arrested a suspect in Point Edward in relation to an alleged armed home invasion on Sunday, Jan 1, 2017.

A 30-year-old man is facing several charges following an alleged armed home invasion in Sarnia during the early hours of New Year’s Day.

Police responded to an address in the 1100 block of Overlea Crescent around 3:30 a.m. following a report of a home invasion involving weapons.

The investigation led Sarnia Police to ask OPP to go to an address in the 300 block of Alexandra Avenue in Point Edward around 4:30 a.m. OPP say they made contact with a person in the residence they described as uncooperative.The area was cordoned off for over nine hours with heavily armed tactical and emergency response officers on scene. Police were unable to locate a suspect, and the all-clear was given around 2:30 p.m.

Later that evening, around 8:20 p.m., Sarnia Police officers went to the home on Alexandra to execute a search warrant. A suspect was located inside and arrested in relation to the alleged home invasion on Overlea Crescent.

Police have not commented on the type of weapon allegedly used or if any weapons were recovered throughout their investigation.