SARNIA, ONT. -- Police in Sarnia have identified the victim in a Devine Street homicide as 62-year-old Allen Schairer.

Its the fourth homicide in less than three weeks in the city, and that has local residents on edge.

On Wednesday, caution tape surrounded the home at 566 Devine St., while police investigators scoured the scene, taking pictures both inside and out.

In the front there remained a Sarnia police Command Unit - a giant and constant visual reminder of the recent violence that shook this quiet neighbourhood.

But that’s not to say she hasn’t been unnerved by the rash of deadly violence in her community.

“Rather overwhelmed,” she exclaimed. “Like I know that these things happen, but it’s just rather overwhelming when it’s in your own neighbourhood.”

Police say they are investigating a “suspicious death” and that is being treated as a homicide. It comes after they responded to a home on Devine Street Tuesday afternoon for a welfare check. That’s when they discovered a man’s body.

Neighbour Steve Smart was walking home with bags of groceries when he made his way to the opposite side of the street to avoid the crime scene.

“This is soon becoming murder city,” he remarked. “Forget Montreal, Toronto, Vancouver. No... they have their issues but they’re a million times this size.” 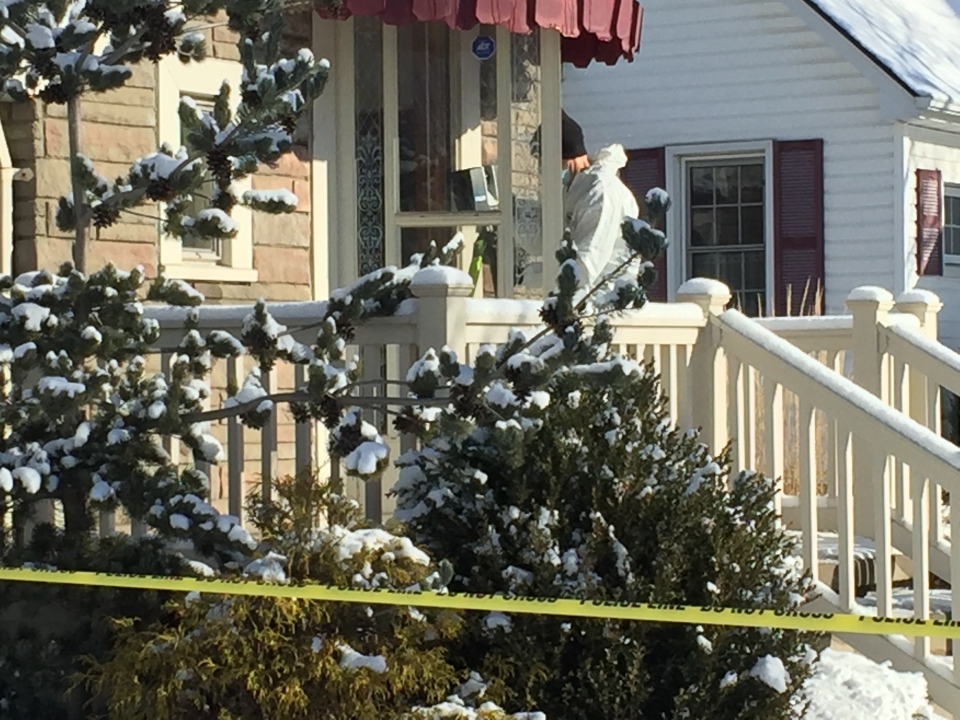 On Sunday, police announced the death of Sue Elin Lumsden, 66, inside her Essex Street home.

Earlier this month, Natalie Bartlett died after an incident at a Lee Court home.

And days earlier, Luis Enrique Hernandez, 26, died after being found at a Confederation Street home.

“At least in my career we have never had so many homicides in such a short period of time,” said Sarnia Police Cst. Giovanni Sottosanti. He added that police have not ruled out whether the most recent two cases are related.

“What we can say is the first two are not related at all, to each other or these. At this time it’s too preliminary to say anything to suggest that these two are or are not related. So we’re looking at every possible angle.”

No arrests have been made in either of the most recent two homicides.

Anyone with video surveillance of the Devine Street neighbourhood is asked to contact police.

In the meantime, police have issued a public warning, reminding people to ensure their doors and windows are secure.