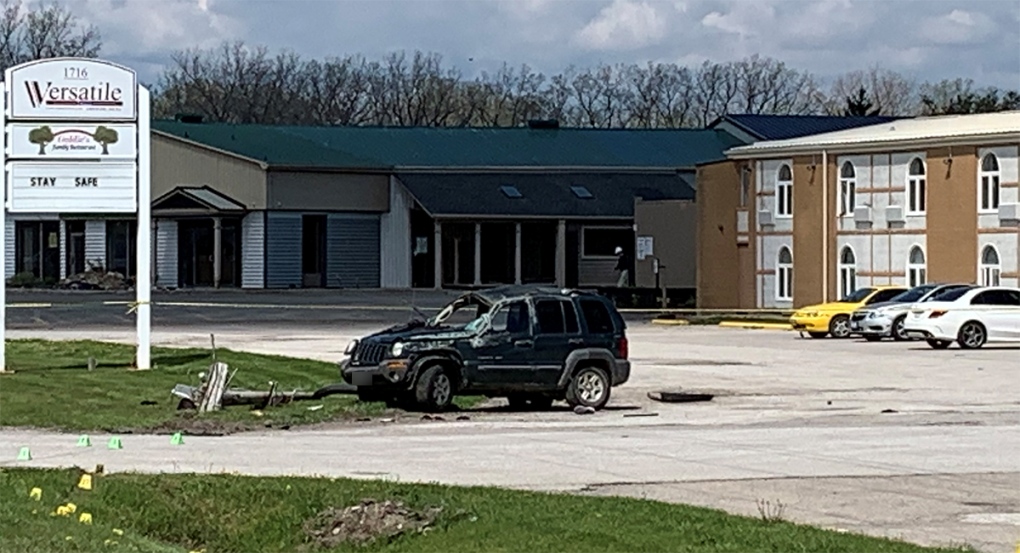 SARNIA, ONT. -- Sarnia police say a male driver is dead after a stolen vehicle was involved in a single-vehicle crash on London Line Friday morning.

Hours later, a banged up Jeep remained in a parking lot where it ended up on the north side of the road, as police continued to investigate.

The driver was ejected from the vehicle. He was taken to hospital but died of his injuries. His identity has not been released.

Sarnia police Const. Giovanni Sottosanti said investigators are looking into a number of factors that may have played a role in the crash.

“Well obviously they would look at if any other vehicles were involved, and at this time it does not appear so. They’ll also look into speed. And they’ll also look into the state that the driver was in. So we will be awaiting post mortem results to determine if the individual had anything on board as well.”

The roadway was expected to reopen to traffic around 2:30 p.m.