LONDON, ONT. -- Provincial police along with the Office of the Chief Coroner have issued a warning about sitting inside a running vehicle after a young woman was found dead in Ingersoll, Ont.

A death investigation was launched on Monday after a 20-year-old woman from Bayham was found dead in her car at a Charles Street West parking lot.

Initially the car was reported as suspicious, but when police arrived on scene they found the unresponsive woman inside.

OPP Acting Sgt. Ed Sanchuk says it was a “totally accidental situation. What we have here is an individual sitting inside their car, that may have had a defect.”

He adds that the woman's family encouraged police to issue a public warning, and police are reminding people not to sit in running vehicles for any extended period of time.

In older vehicles small leaks can develop in the exhaust system leading to a potentially deadly build-up of carbon monoxide.

Tow truck operator Chris Adair says it's a sad story, but something that can happen at this time of year.

“That exhaust pipe does run underneath your main cap, so if you do have a leak or something in the upper parts like the catalytic converter or something you get the cab filling with fumes.” 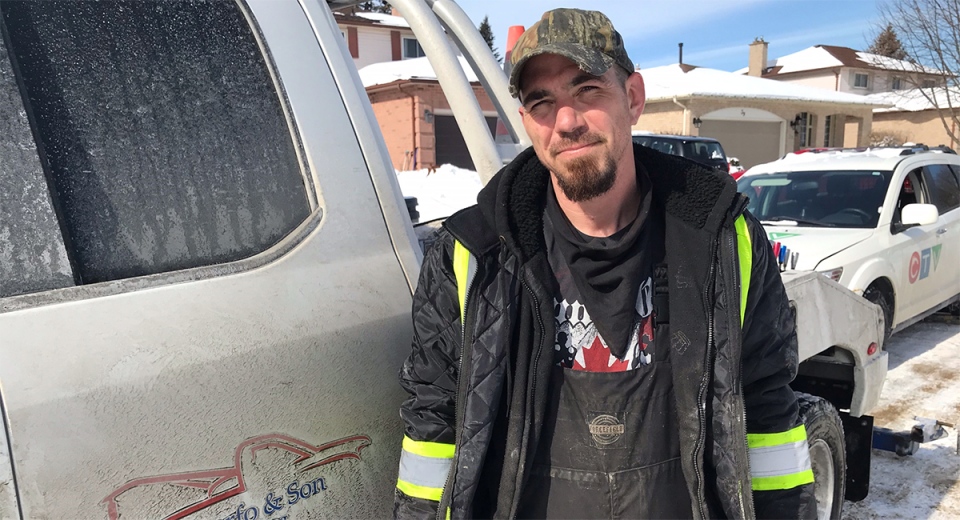 Carbon monoxide is an odourless, colourless and tasteless gas that can cause headaches, dizziness, drowsiness, nausea and even death.

Sanchuk adds it can be an issue, "Especially in older vehicles, small leaks can build up in exhaust systems leading to a potential build-up of carbon monoxide.”

The risk may be low, but there are some precautions that can be taken aside from not spending prolonged periods in a running vehicle.

For one, if you're stranded in winter, ensure your tailpipe is not covered in snow. And most importantly, take the time to service your vehicle regularly.

“Get your underside checked out once a year, springtime is a good time after the snow melts,” Adair says.