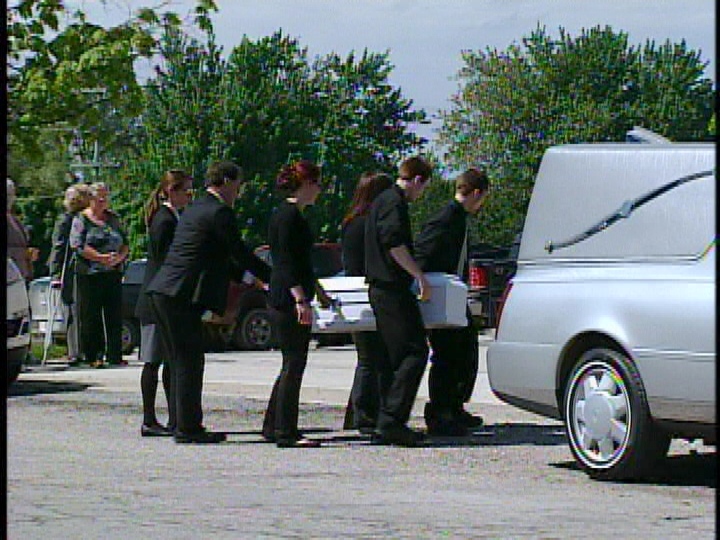 The casket of Ryker Daponte-Michaud is carried into Our Lady Help of Christians Church in Watford, Ont, on Wednesday, May 28, 2014. (Chuck Dickson / CTV London)

It was a sad morning in Watford on Wednesday, as the funeral for 20-month-old Ryker Daponte-Michaud was held.

He is the toddler who was found dead at a Strathroy residence last Wednesday.

The hearse containing his tiny coffin arrived at Our Lady Help of Christians Church in Watford just before 11 a.m. for a private service.

With family members and friends as pall bearers, the service in the small town near Sarnia was subdued.

A married couple from Strathroy, Amanda Dumont and Scott Bakker, remain in custody in relation to the boy's death.

An obituary lists Dumont as the child's mother.

The pair have been charged with criminal negligence causing death and failing to provide the necessaries of life.