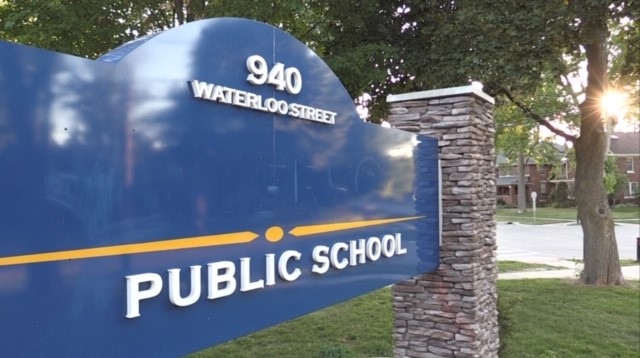 LONDON, ONT. -- The sign at Ryerson Public School in London has been defaced following a controversy surrounding its name.

Officials found the vandalism Monday and removed a logo on the sign so it can be cleaned.

This comes as the Thames Valley District School Board is set to debate changing the names of it along with John A. Macdonald Public School because of the roles Egerton Ryerson and Macdonald had in the residential school system in Canada.

A mass grave containing the remains of 215 children was found last month at the former Kamloops Indian Residential School in British Columbia that closed in 1978.

School board trustees will vote on a motion to review the names next Tuesday.