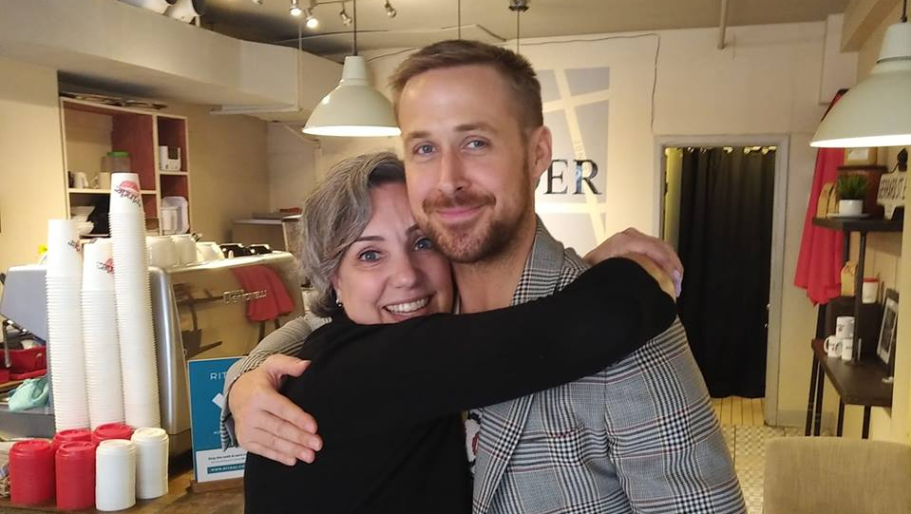 TORONTO -- Ryan Gosling plays astronaut Neil Armstrong in his new film "First Man," but he proved he's pretty down to earth at the Toronto International Film Festival on Tuesday.

Coffee shop owner Joelle Murray said the London, Ont.-born movie star turned up mid-afternoon to say hello and greet patrons, despite the fact her east-end shop is a 20-minute drive from the main festival strip.

Murray had been pursuing the star since Sept. 3 with a social media campaign in which she posted photos of herself and a life-size cardboard cutout of Gosling, promising 15 per cent off if he showed up at Grinder Coffee during TIFF.

She said Gosling told her he had seen the posts, but that it was his mother who told him to visit.

"He made it seem that he enjoyed meeting me as much as I enjoyed meeting him," said Murray, who estimates Gosling popped in for about two minutes to greet her and a handful of patrons.

"And it was a lovely feeling. He was very well-spoken, a wonderful Canadian boy with very good manners."