Rocket raccoon? This critter went for a spin on an LTC bus 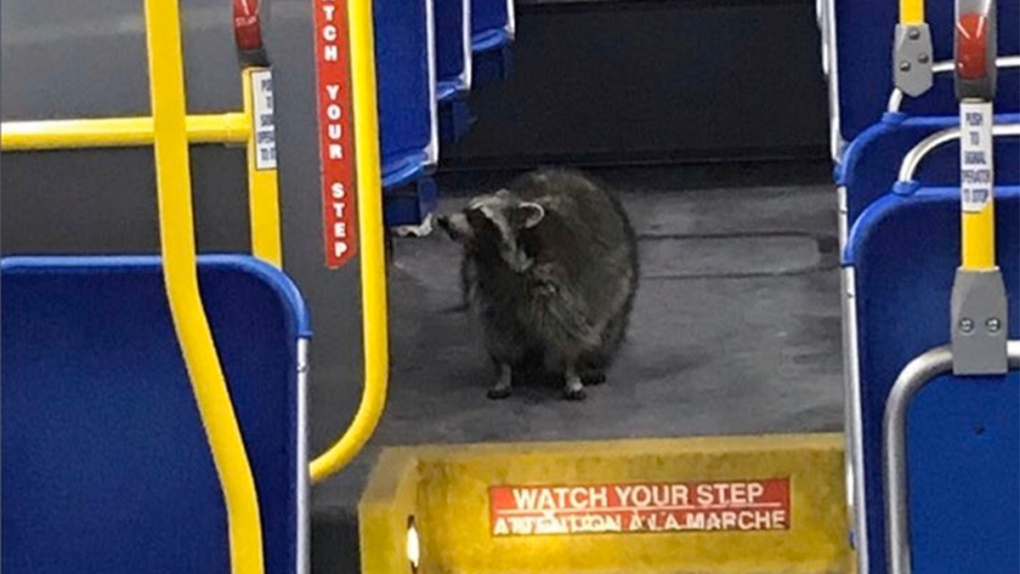 This photo Tweeted on Thursday, Dec. 12, 2019 reportedly shows a raccoon on a city bus in London, Ont. (@sarahchun02 / Twitter)

A Tweeted photo reportedly showing a raccoon riding aboard a London Transit Commission (LTC) bus is generating buzz in the Forest City.

Sarah Chun said a friend captured the photo of the critter while riding an LTC bus.

For its part, the LTC says it's unclear if the raccoon lived up to its reputation as a bandit and skipped out on the fare.

Thanks Sarah. The matter is being looked into. At this time it is unknown if the raccoon paid a fare or not :)