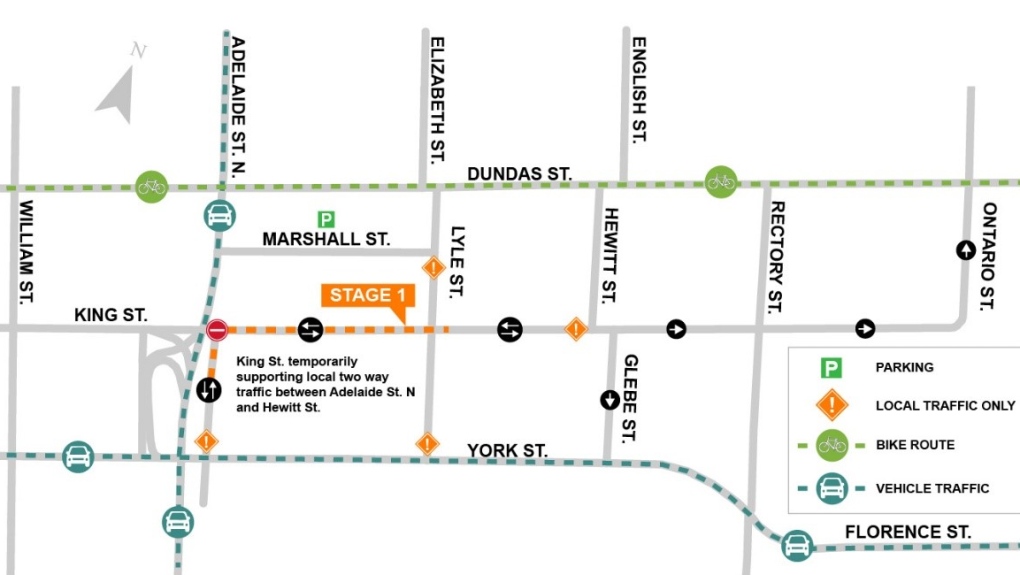 As of Monday, King Street between Adelaide Street North and Lyle Street will be closed due to construction for approximately four months.

The construction will include setting up traffic control, removing asphalt road surface and beginning sewer work in accordance of Phase 1 of the East London Link and Municipal Infrastructure Improvements.

The Canadian Border Services Agency is temporarily allowing fully vaccinated travellers a one-time exemption to not be penalized if they were unaware of the health documents required through ArriveCan.

The man accused in the stabbing attack on Salman Rushdie pleaded not guilty Saturday to attempted murder and assault charges in what a prosecutor called a 'preplanned' crime, as the renowned author of 'The Satanic Verses' remained hospitalized with serious injuries.

Average rent up more than 10% in July from previous year, report says

Average rent in Canada for all properties rose more than 10 per cent year-over-year in July, according to a recent nationwide analysis of listings on Rentals.ca.

Canadian writers, publishers and literary figures doubled down on the right to freedom of thought and expression on Saturday, one day after an attack on award-winning author Salman Rushdie that left him hospitalized and on a ventilator.

Lightning has sparked more than 100 new wildfires in British Columbia since Wednesday, as thunderstorms rolled through the provincial Interior.

Canadian Blood Services says it is in talks with companies that pay donors for plasma as it faces a decrease in collections.