'Rising against tyranny': Protesters gather at UCC to protest injustice happening in Iran

'Rising against tyranny': Protesters gather at UCC to protest injustice happening in Iran

It’s been 75 days since 22-year-old Mahsa Amini died in the hands of so-called morality police in Iran.

Iranians around the world and here in London, Ont. have been relentlessly rallying to keep her memory alive in hopes of sparking policy changes back home.

On Nov. 30, emotions ran high, as dozens gathered outside the Western University Community Center, at a student-run Iranian rally.

Those in attendance said events like the one held on Wednesday is their only hope that their loved ones back home will one day be freed from persecution and repression.

A first-year international relations student who requested to be identified only be her initials for fear of repercussion, H.I., couldn’t hold back tears.

“I think it’s a really big privilege that I get to be here. I am so grateful for all the Iranians who are fighting back home, and my family, and I just hope that they’re safe,” she said.

Dozens gathered outside the University’s Community Center to protest the injustice happening in Iran. 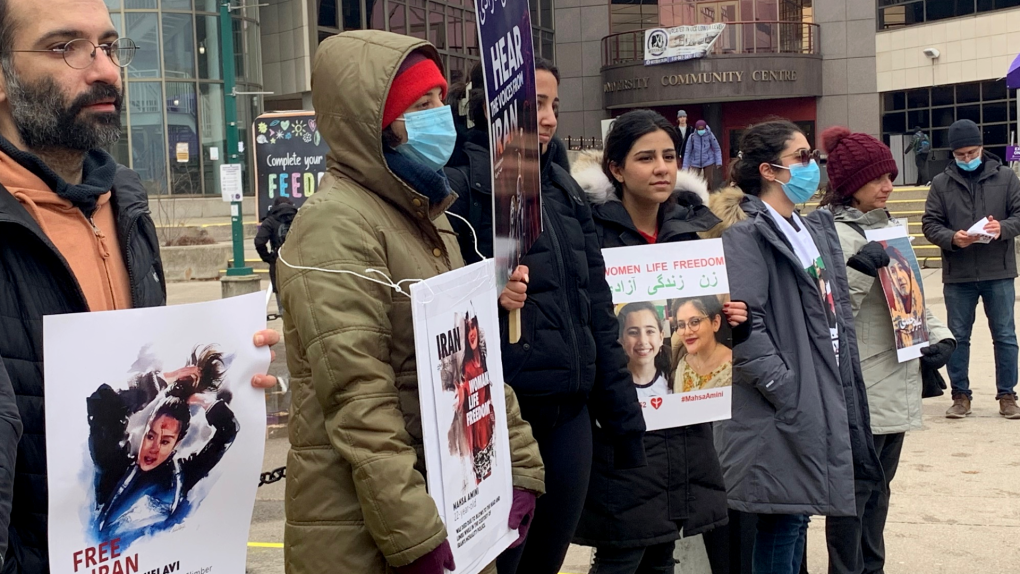 Protesters said they have mixed feelings about the events happening back home. On one hand, the level of political consciousness in Iran has never been better.

“The youth of Iran are rising against tyranny, dictatorship and all the brutalities that people of Iran suffered in the last 44 years,” said Iranian-Canadian Western University Professor of Mathematics Masoud Khalkhali.

But on the other hand — they are concerned about loss of life in Iran.

“The brutality of the regime is endless, and many of my friends, former classmates are arrested and are in jail,” said first-year international student from Iran, Paria Rahimi.

Rahimi said the very activism that they are able to forge here in Canada has extreme consequences back home for protesters. 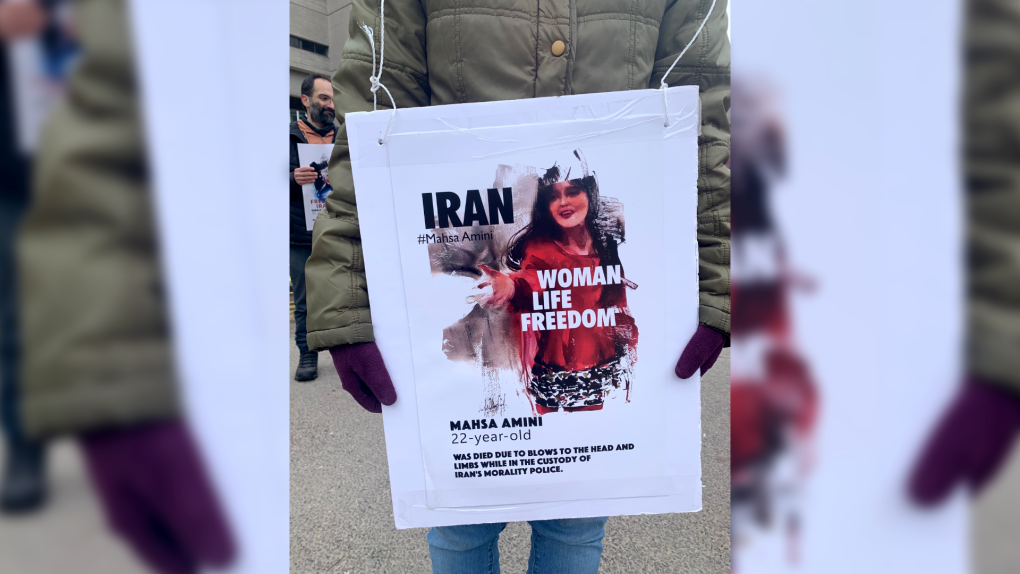 Over the past two-and-a-half months, Iranians and supporters have been protesting against the country’s morality police, a group that targets Iranian women who disobey the country’s dress code, one that requires all women to wear a headscarf and loose-fitting clothing in public.

Among the many chants heard on Wednesday was, “Say her name, Mahsa Amini.”

Amini died this past September, after being taken into custody by the morality police for not wearing her hijab properly.

“Women, life, freedom…it’s a slogan that Iranians have been chanting in the past 75 days in response to the Islamic Republic regime’s senseless violations of human rights,” said Rahimi during a speech at the event.

Organizer said protests like the one held on Wednesday — and the many that have been held in the last couple of months here in London — are a show of solidarity with the Iranian people who are standing up for women like Mahsa Amini.