LONDON, ONT. -- The COVID-19 pandemic has resulted in a disturbing trend in London’s downtown, as city police report a major spike in property crimes in the area.

Police also report 151 incidents of property damage, compared to 102 the year before. A year-over-increase of 48 per cent.

It comes as no surprise to Richard Manuel, who owns Cellular Centre and Quick Cash on Dundas Street.. 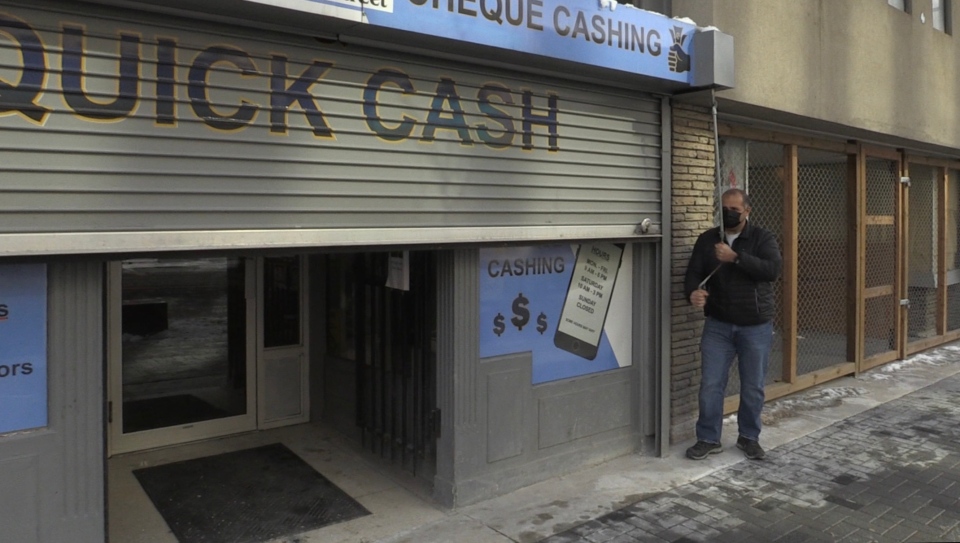 “I’ve been downtown for many, many years, since the ‘90s, and this is the worst it’s ever been,” he said.

He went so far as to install a steel roll-door over his storefront after his businesses, which share an entryway, were broken into.

“Whenever you have a break-in there’s always financial stress and cost, you know what insurance doesn’t cover. But you know, you pick yourself up, move on.”

Deputy Police Chief Stu Betts said the rise in property crime can be attributed to the fact that many downtown businesses have been left vacant by the pandemic.

“We get a lot less population in the downtown core. That population - pedestrians, business owners - provides for an actual surveillance and an actual deterrent. And in the absence of that, you know we have seen an increase in crime.” 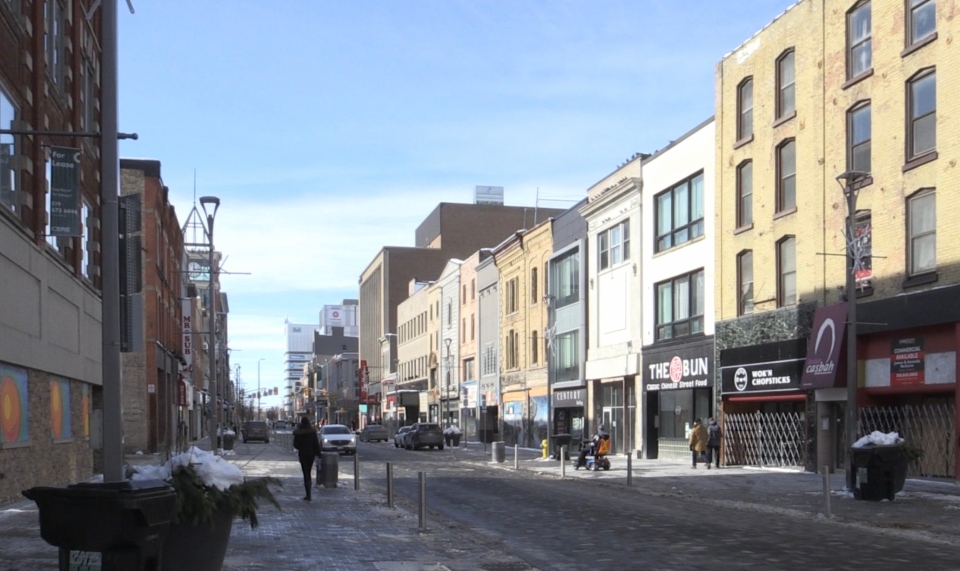 A quick look around the downtown streets tells the story. Storefront after storefront is boarded up, many shuttered by the pandemic, and in some cases permanently.

There are tell-tale signs of people sleeping in doorways, such as blankets and sleeping bags, food wrappers and personal belongings.

Some parking lots remain empty. Not nearly empty. But empty, as in not a single vehicle occupying a space in the middle of a work day. Such was the case Tuesday afternoon at a lot on Clarence Street.

At Dundas and Richmond, police officers on foot can be seen attempting to engage a man who appears agitated. A moment caught in time, or another day on the job for officers taking on the increased responsibilities of urban law enforcement.

They’re part of the Core Area Action Plan, says Betts. He was was quick to add that the added police presence downtown does not come without cost.

“It’s an unsustainable shifting of resources, in that in order to do so we necessarily have to move them from other places of the city.”

Betts says the rise in property crime downtown is consistent with national trends.

As for Richard Manuel, he said he feels better now that he’s taken matters into his own hands, having better secured his store front.

“We got hit twice in one weekend with all the glass broken in front before we put in that roll-up gate.”