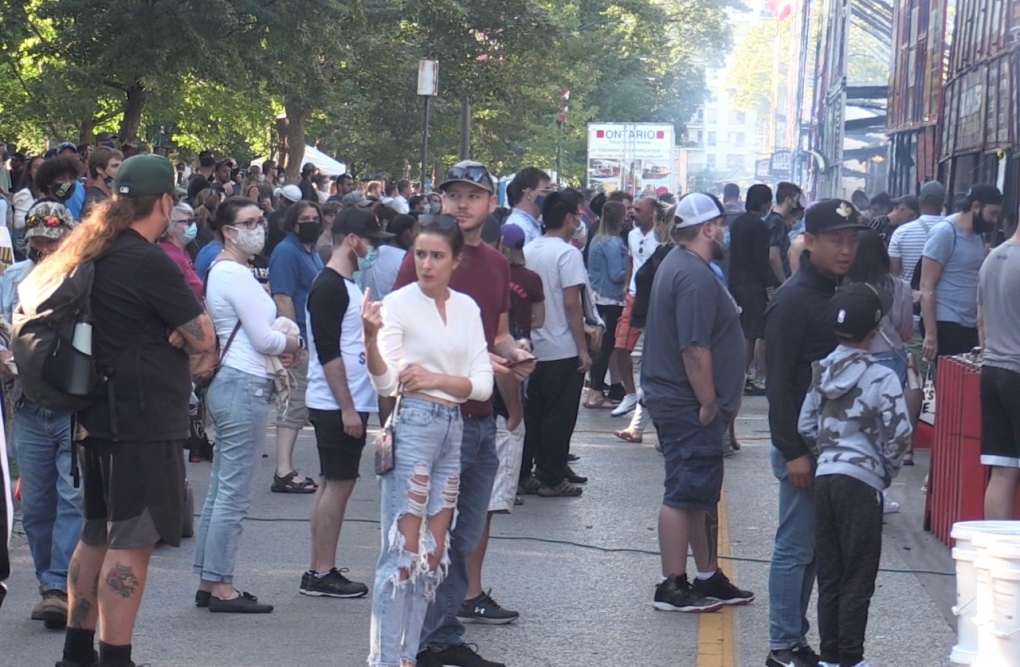 The statement universally uttered at London’s Ribfest Friday was this: “It’s really nice to be out!"

The phrase wafted over the first approved outdoor event at Victoria Park since the pandemic began.

Visitors did so as the event, limited to 1,400 people, approached capacity shortly before 7 p.m.

Those heading inside expressed thrill about not only the food choices but particularly the live bands playing on the main stage.

Live music, like gatherings of any kind, had been quashed during the height of restrictions.

But at separated tables, people listened in, ate ribs and consumed beverages together.

A few even dared to dance. 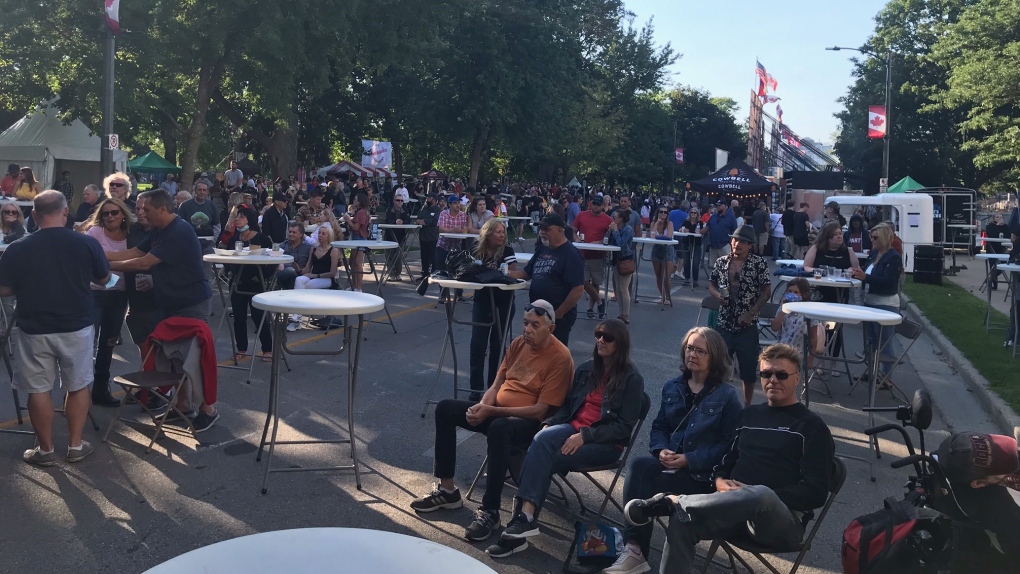 All, once things that were taken for granted, now seemingly soaked up by those hungry for in-person interactions.

Among them one man having a hard time drawing comparisons between where we’ve been and where we are.

"Oh yeah exactly, stuck in the house for so long. It’s still a dream.”

But, in a clear sign the pandemic is far from over, the Middlesex-London Health Unit (MLHU) was conducting a vaccination clinic next to Ribfest's front door.

MLHU officials could not comment on how many people opted for a shot, but a security official suggested the number was around 80. 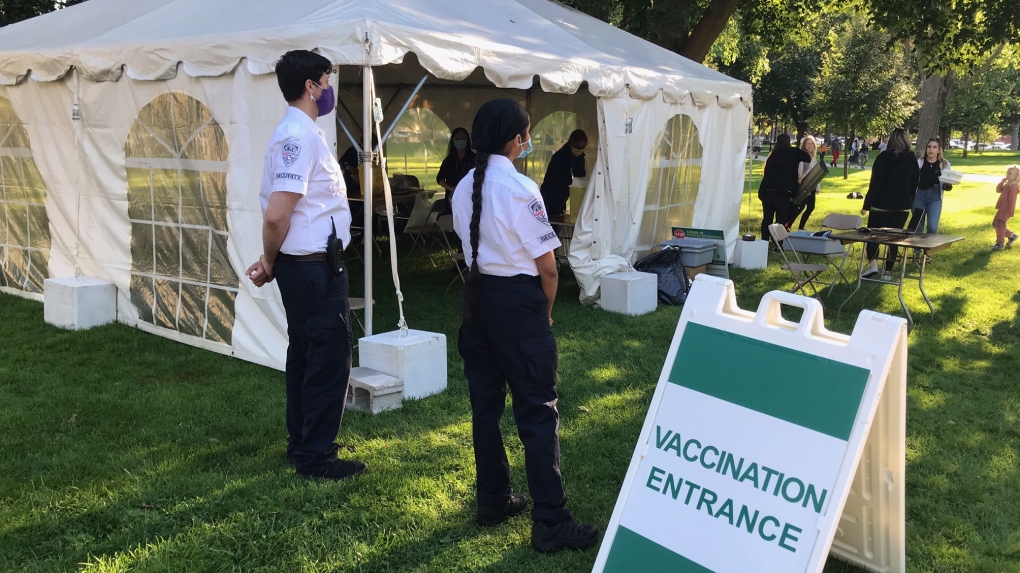 Back inside Ribfest, it was an odd sight as people passed by each other in close proximity.

Masks were generally being worn, but as in a restaurant, not while people were eating or drinking.

Ribfest Organizer Doug Hillier says he’s overwhelmed with the Friday evening crowd, calling it “up there with the best Fridays we’ve ever had.”

He suggests if the number keeps up through the long weekend, the event will turn a profit.

But as we’ve heard throughout this pandemic, money comes second to health, and even with measures in place, some remain uneasy.

To go beyond public health requirements, Ribfest organizers told CTV News London on Thursday they created a team of people whose job is to separate people who overcrowd.

Ashley McClatchey, enjoying a meal with her two children and some friends appreciates the addition.

“I think everybody is being receptive to it. We want to have a good day, staying away from each other, given social distancing.”

An influential federal advisory panel overwhelmingly rejected a plan Friday to offer Pfizer booster shots against COVID-19 to most Americans, dealing a heavy blow to the Biden administration's effort to shore up people's protection amid the highly contagious delta variant.

Obama and Clinton back Trudeau in election; Sanders endorses Singh

A new study has found that SARS-CoV-2, the virus that causes COVID-19, is evolving to get better at becoming airborne in its newer variant forms, raising concerns that loose-fitting face masks only provide 'modest control' against infection.

Police say two brothers shot during a home invasion and kidnapping in Hamilton early Thursday morning were trying to help their father, who investigators believe was the target of the deadly attack in the city’s Mount Hope neighbourhood.