Return of slots at Hiawatha 'an anchor' for future development 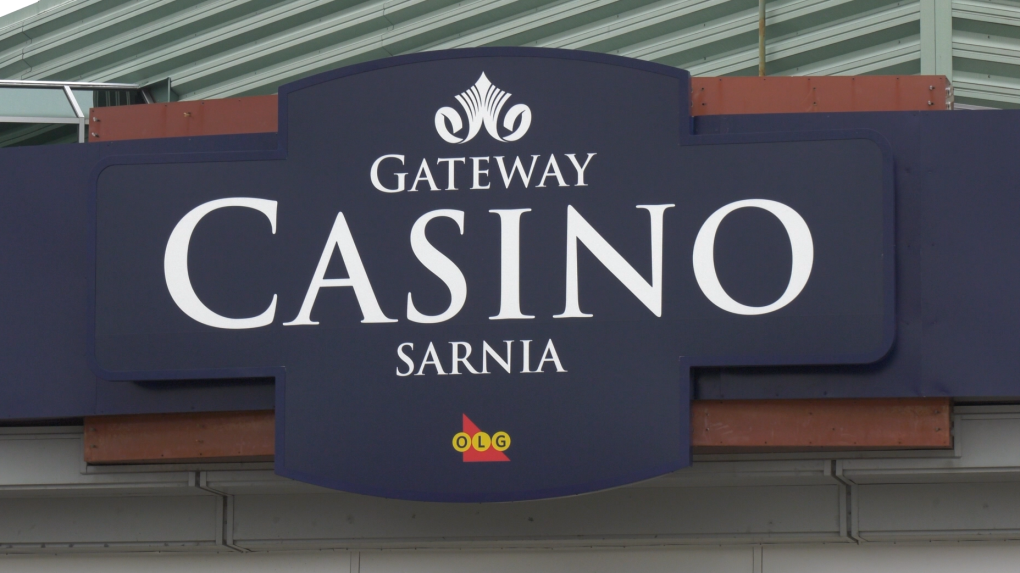 The sign for Gateway Casino Sarnia, the return of slots at Hiawatha Horse Park, is seen on Thursday, Jan. 30, 2020. (Marek Sutherland / CTV London)

SARNIA, ONT. -- The familiar sounds of slot machines are once again filling the air at Hiawatha Horse Park.

The multi-million dollar renovation of the site introduces 150 slot machines and, according to Rob Mitchell from Gateway, the process was smooth.

“It came together very well, we got all the finishings done on time, we’ve got all the machines fired up, and we basically took occupancy just a week ago.”

Gateway has a second, and much larger operation, a five-minute drive down Highway 402 at the Starlight Casino in Point Edward.

But Mitchell says the two facilities won’t be competing with one another as they will be looking to build synergies between the two properties.

“We’ve got slots at Point Edward, we’ve got slots here. But we’ve got live table games, live entertainment. But here you have horse racing, you’ve got lots of other events happening here, so they do compliment one another.”

Sarnia-Lambton MPP Bob Bailey joked during his comments that he ran two elections promising to bring the slots back after the Liberal government cancelled the program in 2012.

“There are a number of other people who are going to benefit from this, the gas stations, the motels and the restaurants. They told me when the slots at racetracks ended eight years ago, they noticed a dramatic decrease in business. I hope to see that come back.”

The City of Sarnia will also get a boost through revenue sharing, collecting five per cent of the profits, which early estimates peg around $400,000, and Mayor Mike Bradley says the city has learned lessons on how the money will be spent this time around.

“In our case, the money that comes in, will only go into capital spending. In the past it was used by council to operate the city, and that’s not the right way to do things. With all the pressures we have on taxation this will be of assistance to use to get the things we need without going to the taxpayer.”

The casino will employ 60 people and be open seven days a week between 9 a.m. and 1 a.m.