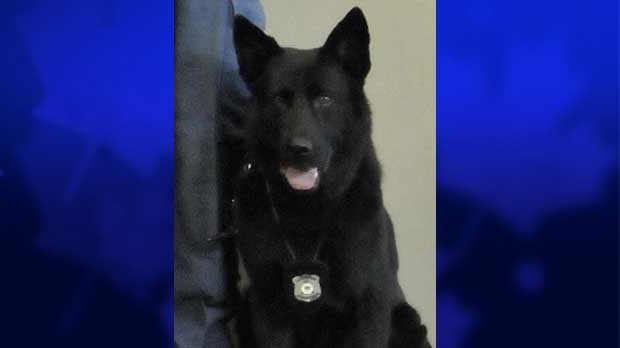 London Police Service Dog Kuno helped locate thousands worth of cocaine during a drug bust on his final shift to cap off an eight-year career.

Officials say members of London police and the RCMP executed a search warrant at a home on Miles Street on Thursday and found drugs and cash.

As a result, 26-year-old Mohamed Youssef and 25-year-old Sonja Stark, both of London, have been charged with three counts of possession for the purpose of trafficking and possession of counterfeit money.

Officials say PSD Kuno has had an outstanding eight-year career, spending his first five years on general patrol and his last three as a drug detector dog with the Guns and Drugs Section.

He assisted with locating 476 grams of cocaine on his last active shift with the London Police Service.