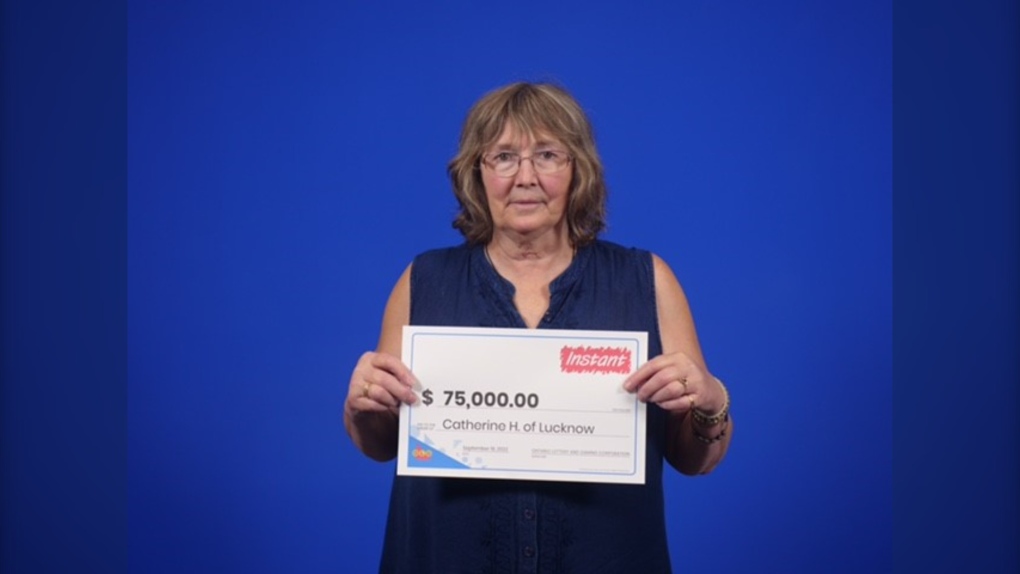 No one can argue that a retiree from Lucknow is unlucky after winning the top prize of $75,000 with an instant lotto ticket.

According to a press release from OLG, Catherine Hill of Lucknow, Ont. won $75,000 with an instant lotto ticket. The retiree and mother of two says she plays instant games weekly, such as crosswords puzzles, but sometimes picks up new tickets that catch her eye.

This is Hill’s first major win, but it took a bit of convincing on her husbands part after she told him they won the lottery.

"He didn't believe me at all. I waited a few days to go to the store to validate the ticket and sure enough, it was a Big Winner. I called my husband into the store, and he still couldn't believe it," Catherine said. "We were both in disbelief and shock!"

So what does Hill plan to do with her newfound winnings?

She plans to save her money and donate to the Salvation Army.

The winning ticket was purchased at a Mac’s on Campbell Street in Lucknow.