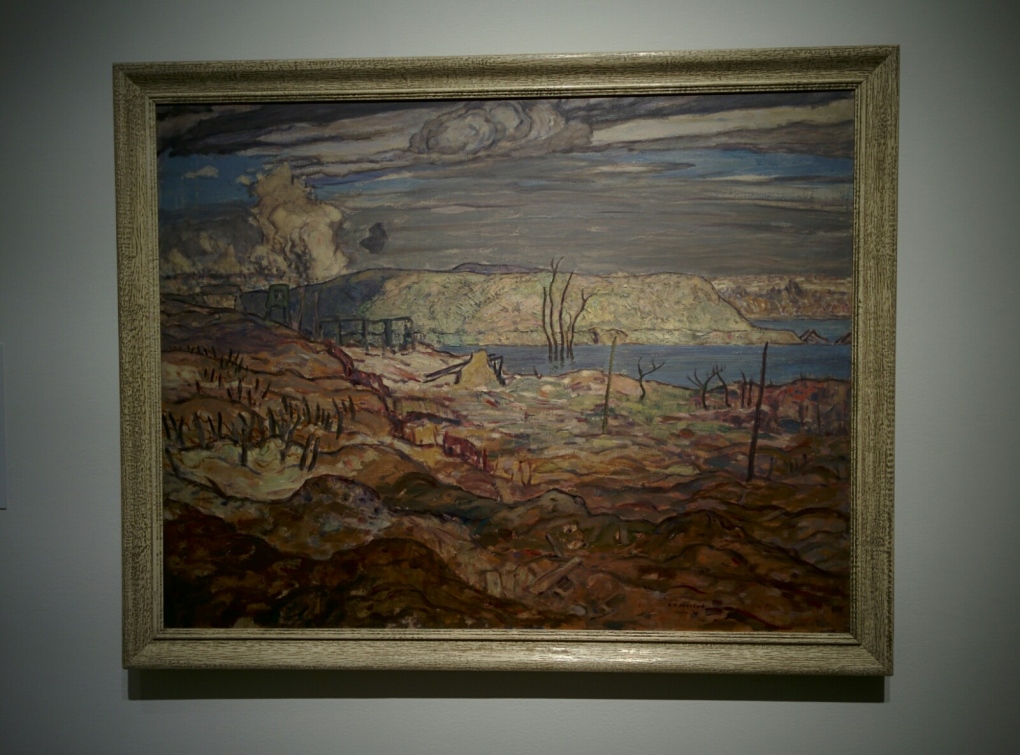 Retired General John de Chastelain, former chief of the defence staff and ambassador to the U.S. is speaking in London Sunday.

The Chastelain lecture is at the Ivey building Sunday at 2 p.m. and is part of the McIntosh Gallery's annual Distinguished Lecture.

The gallery is also recreating the inaugural 1942 exhibition which featured 30 paintings commissioned by the Canadian War Memorials Fund during the First World War. That exhibition featured Group of Seven artists A.Y. Jackson, Arthur Lismer, and Frederick Varley. The current exhibition is titled "In the Beginning, 1942"

As well, the “Behind the Lines: Canada's Home Front During the First and Second World Wars” exhibition provides a glimpse into the personal sacrifice and hard work of determined Canadians at home who collectively supported the armed forces overseas during two world conflicts.

“This is part of our Canada 150 celebration. Every year we have a distinguished lecturer. He’ll be speaking to the thesis of the exhibition about what was going on in Canada while the war was going on.This ties in with “Behind the Line,” says Brian Lambert, the collections manager at McIntosh Gallery.

De Chastelain’s resumé includes former Canadian Ambassador to the United States, Chief of the Defence Staff (twice), and most recently the chairman of the commission tasked with decommissioning the weapons of paramilitary groups in Northern Ireland.

"As someone who has experienced conflicts from both diplomatic and military viewpoints, he offers rare and timely insight into Canada's geopolitical role, both now and in the future," says Mitra Shreeram, communications and outreach coordinator at McIntosh Gallery.

Admission and parking is free to the public and the lecture will take place in the BMO Financial Auditorium located in the new Ivey Building on Western's campus.