LONDON, ONT. -- A proposal to restructure London Hydro will test if city council is willing to relax its influence over the utility in exchange for a chance at new revenue streams.

London Hydro would like to market its Green Button program and other advanced technologies to other electrical distribution companies.

Ontario Energy Board (OEB) regulations, however, restrict electrical distribution companies’ ability to do so, unless they establish a separate retail corporation.

“Council needs to consider whether it wants to support moving into these innovative technologies as a public entity,” explains Deputy Mayor Josh Morgan.

Council must now decide whether to create a new retail corporation in parallel with London Hydro, or as the utility’s CEO recommends, create a holding company (Holdco) as an intermediary between council and London Hydro. 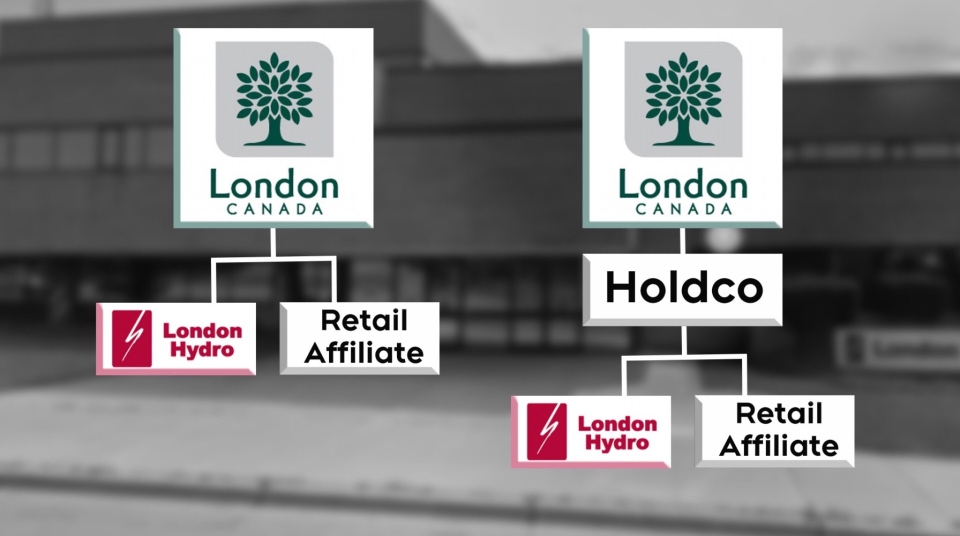 “Holdco will create a parent-child corporation where Holdco is the parent and London Hydro the child, but ownership will always be by the city of London,” explains CEO Vinay Sharma.

But a report by city staff portrays the relationship differently, ‘The Holdco approach clearly diminishes the Council’s involvement in London Hydro and the proposed retail entity.’

“That characterization is not entirely valid,” says Sharma. “They (Council) have control of London Hydro today and that will be unchanged tomorrow.”

London Hydro’s CEO points to council’s retention of power through its shareholder agreement.

But the deputy mayor sees things a little differently.

Morgan believes there may be more than two options to move forward.

“There’s always middle ground in discussions, and what I hope to achieve here is fostering the types of innovations that would return benefits to London taxpayers and London ratepayers, while at the same time not creating risk of losing any control over a public asset.”

Council’s Strategic Pririties and Policy Committee will discuss the options on Jan. 26.