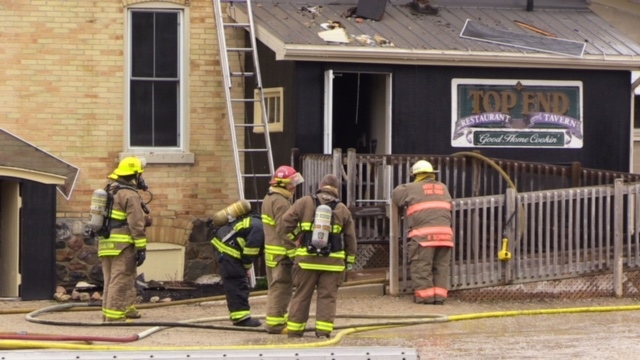 Firefighters are dealing with a blaze at the Top End Restaurant and Tavern in Neustadt.

Emergency crews were called to the bar around 3 p.m. Tuesday afternoon after neighbours noticed smoke coming from the building.

It's not known what sparked the blaze.

There are no reported injuries so far as a result of the fire.

Roads around the building were closed for several hours as crews were on scene.