'Rescuing' wildlife can do more harm than good, expert says

LONDON, ONT. -- Spring is just around the corner, and a new cycle of life has begun, which means more baby animals to keep an eye out for.

With spring cleaning and harsh winds still in the air, nests are in danger of being destroyed.

So what should you do if you come across a tiny critter with no mom in sight?

“As humans we are sort of a nurturing species,” he says, “but trying to feed an animal that is not ready to be eating the food we have, one of the worst things you can give them is cow’s milk, that seems to be a constant problem”

Salt has been helping wounded and compromised animals for 30 years.

The centre's goal is to rehabilitate injured, orphaned or compromised wildlife and release them back into their natural habitat. 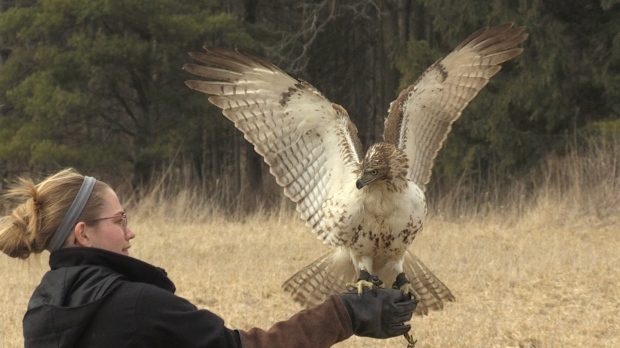 Salt says the “Biggest challenge is getting them back into their natural habitat and doing it without them habituating themselves on people or, in the case of birds, imprinting on people - because if they are too friendly with people we have actually failed in our effort to get them back.”

A wild animal baby’s chance of survival when you leave the feeding to the experts is 70 per cent, says Salt.

If the babies are fed by humans their chance of survival is reduced to 19 per cent.

But in some cases, wildlife babies can use a helping hand.

First you should watch the baby for a few hours before you intervene because there is a chance mom might return.

But if there’s no sign of a reunion, “Bring them in, put them in a quiet dark environment, do not feed them….it’s really important for us before they go out into the wild that they are totally wild.”

Salthaven relies on support from individuals, businesses, foundations and fundraisers to carry out their work.