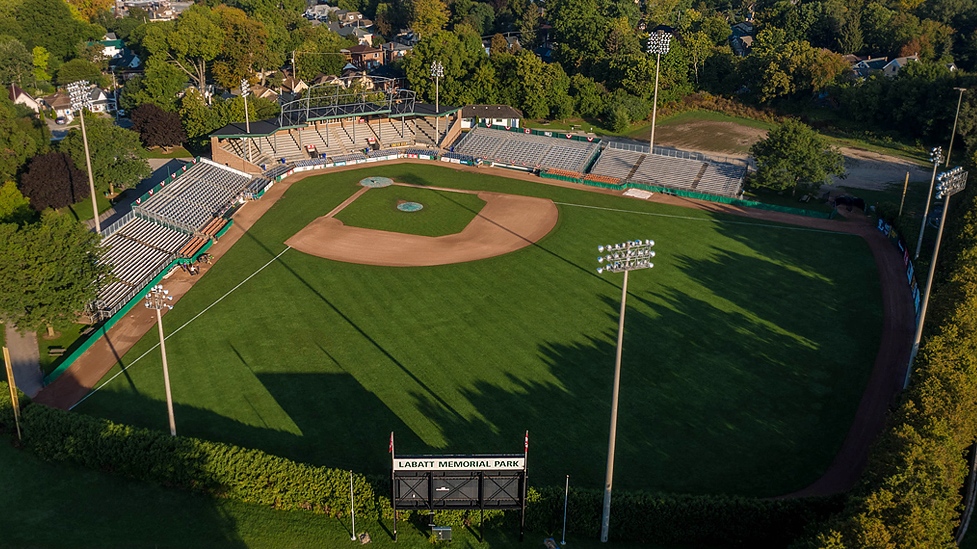 It was definitely a night to remember for people in attendance at Labatt Park on Friday evening after a reported gas leak forced the evacuation of the park during the season opener.

In a press release, the London Police Service says that that at approximately 9:20 p.m. on Friday, emergency crews were called to Labatt Park during the London Majors home opener game.

There were reports of two people in need of medical attention and a strong gas odour in the air.

Out of an abundance of caution, Labatt Park was evacuated during the top of the fifth inning.

Firefighters soon determined that there were no concerning levels of gas in the air, but one person was taken to hospital as a precaution.

In a press release, the London Majors said that a continuation of Friday night’s game will be announced once details are finalized.

“The Majors would like to thank fans, staff, emergency crews, and the Kitchener Panthers for their cooperation during this situation,” the press release reads.

Parts of a mountain glacier collapsed in the Italian Alps on Sunday amid record temperatures, local authorities said, killing at least six people and injuring eight.