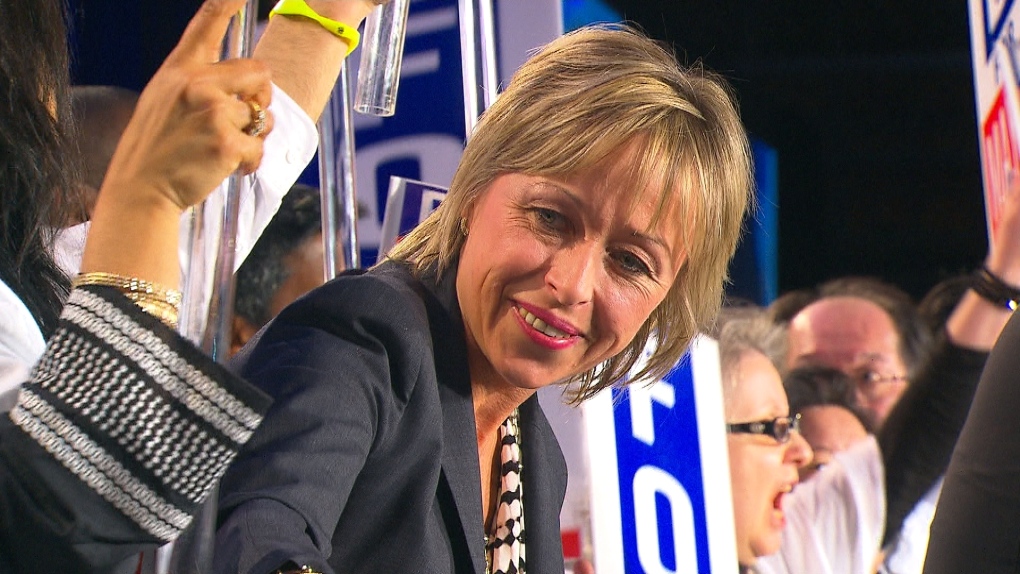 Renata Ford is seen in this undated photo.

Toronto voters will have a chance this fall to vote for yet another Ford.
Renata Ford, the widow of former Toronto mayor Rob Ford, sister-in-law to Ontario's premier, daughter-in-law to a former Ontario MPP and aunt to a Toronto city councillor, is running for Maxime Bernier's People's Party of Canada in the 2019 federal election.
She was introduced today as one of 39 candidates the party will put forward to voters in the Greater Toronto Area in the fall campaign.
She will run in the riding of Etobicoke North, trying to unseat incumbent Kirsty Duncan, the federal science and sport minister, whose Liberals have held the riding for all but four years since 1980.
And she will attempt to do so for a start-up party that is trying to offer itself as a more genuinely conservative alternative to the federal Conservatives.
Doug Ford's office says the Ontario premier, whom Renata Ford is suing over family finances, wishes everyone luck in the upcoming federal election.