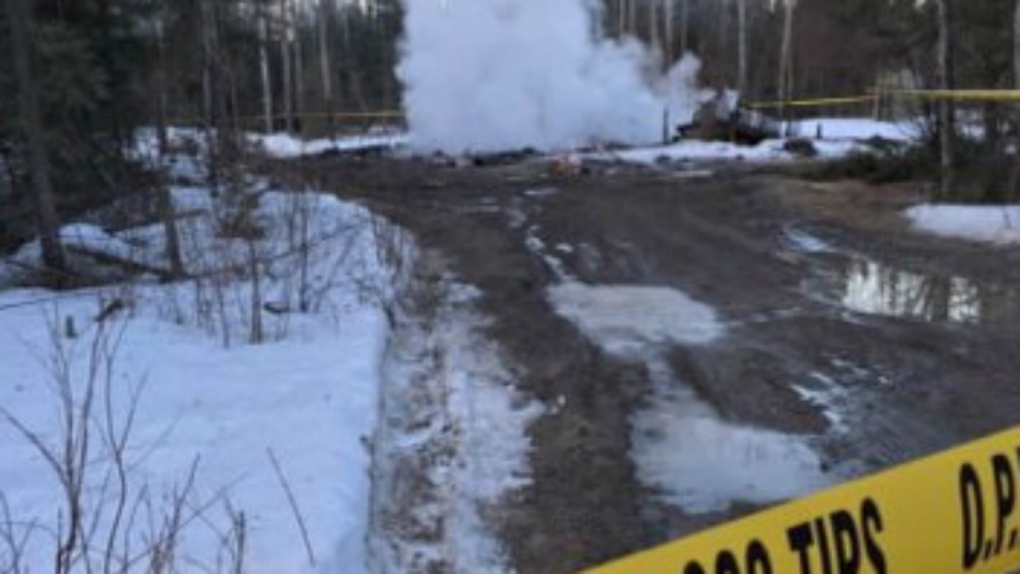 Police tape marks off a smouldering house on the Pikangikum First Nation on Wednesday, March 30, 2016. (THE CANADIAN PRESS/HO-Kyle Peters)

PIKANGIKUM, Ont. -- Residents of a remote northwestern Ontario First Nation are in mourning after nine members of one family, including three children under five, were killed in a house fire.

A resident of the Pikangikum First Nation who did not want to be identified says three generations of a family died in the blaze that destroyed their home late Tuesday.

Ontario Provincial Police Const. Diana Cole says the investigation into the cause of the fire, which remains undetermined, is being conducted by the OPP, Office of the Fire Marshal and the regional coroner.

Alvin Fiddler -- grand chief of the Nishnawbe Aski Nation which represents First Nations in northern Ontario -- says the shock of losing so many people in one tragic event is overwhelming.

Fiddler also described Pikangikum as "ground zero" when it comes to infrastructure requirements such as housing, access to clean drinking water and the capacity to fight fires.

Prime Minister Justin Trudeau offered his condolences to the community and said his government will work to improve conditions for First Nations people.

Carolyn Bennett, minister of indigenous and northern affairs, said in a statement that her department is reaching out to the First Nation to offer condolences and to identify any support the community needs.

A spokeswoman for Bennett said Wednesday evening that a trauma team had arrived in the community.

Deplorable living conditions in Pikangikum have been the subject of public debate for decades. The community's struggles with poverty and suicide rates have been well-documented.

Kyle Peters, the First Nation's education director, said Wednesday that he is trying to set up travel for immediate family affected by the loss.

He also said crisis teams were being dispatched from neighbouring communities.