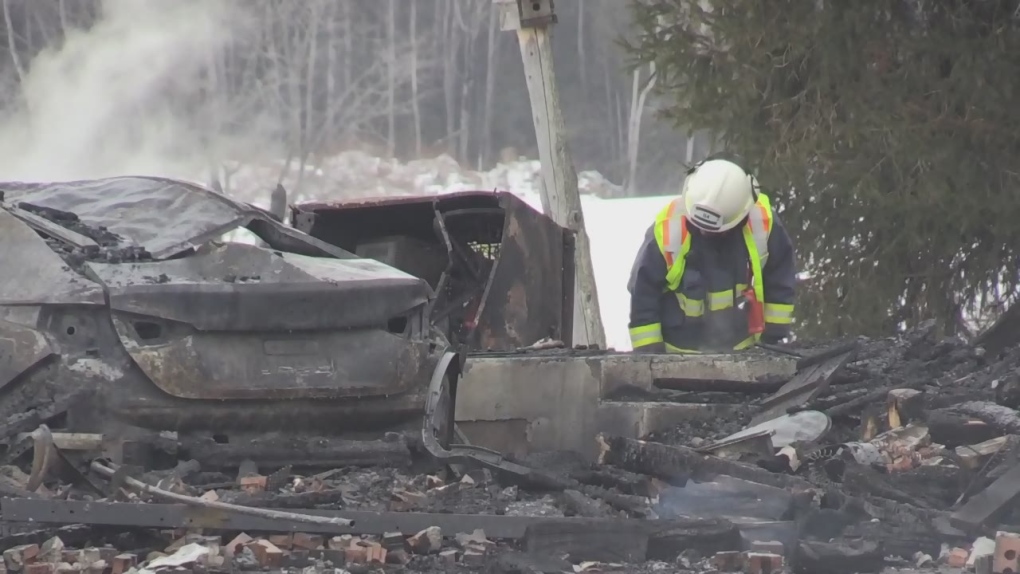 Searchers look through the rubble after a house fire in Grey Highlands on Thursday, Jan. 9, 2020.

LONDON, ONT. -- Grey-Bruce OPP say they have located human remains in the rubble of a home on Artemesia-Euphrasia Townline after a fire on Thursday.

Police, firefighters and the Ontario Fire Marshal's Office returned to the scene Friday to continue the fire investigation and located the remains in the home.

The Ontario Coroner's Office has now been called in.

No name is being released pending a post-mortem examination of the remains.

Emergency crews responded to the fire on Artemesia-Euphrasia Townline, east of Grey Road 13 around 7:15 a.m. Thursday.

The home was engulfed in flames when fire crews arrived, but two of the three occupants had been able to exit the home.

One person was transported to hospital with serious injuries.

OPP say they will remain on scene as the investigation continues, however the degree of damage is expected to make it difficult to determine the cause of the fire.