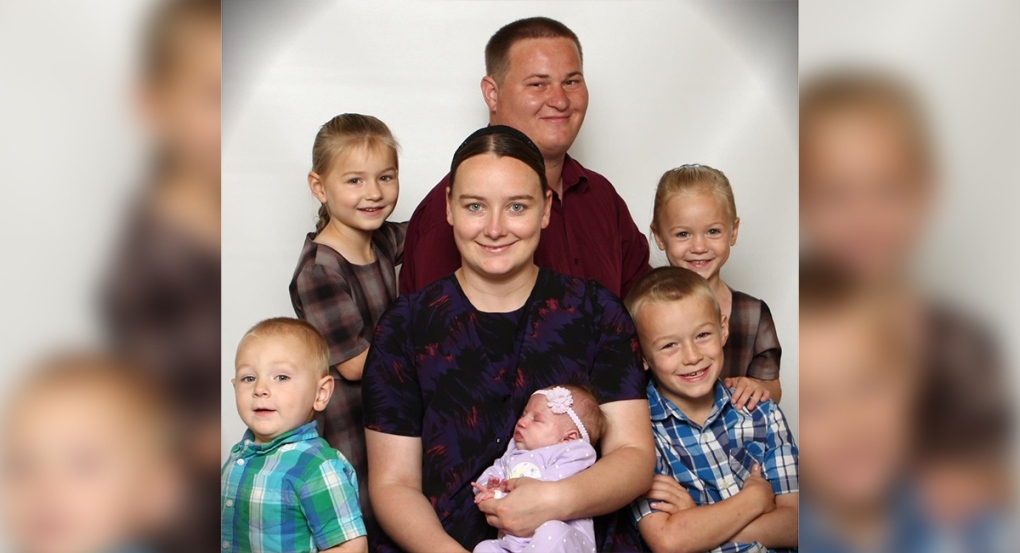 Jake and Tina Hiebert and their five children are seen in this undated family photo.
Middlesex Centre, Ont. -

Jake and Tina Hiebert and three of their children; a one-year-old girl, four-year-old boy, and seven-year-old girl, all suffered severe burns following a mishap during a bonfire at a home on Vienna Line near Port Burwell, Ont. on July 12.

A jerry can with diesel fuel reportedly exploded, seriously injuring the family, a relative has said. Two other children were not injured.

A family friend tells CTV News London Jake is out of hospital while Tina remains in hospital but is stable. The injured children have both undergone surgeries this week for their burns and also remain in hospital.

A fundraiser for the family has raised nearly $70,000 and a trust fund has been set up for the children by the Aylmer Kindred Credit Union.

The accused is scheduled to appear in a St. Thomas, Ont. court on Sept. 7, but police say the investigation is ongoing.

NEW | First-time MPs get first taste of their new jobs

DNA researchers have created 3D reconstructions of the faces of three Ancient Egyptian men after processing genetic samples from mummies.​