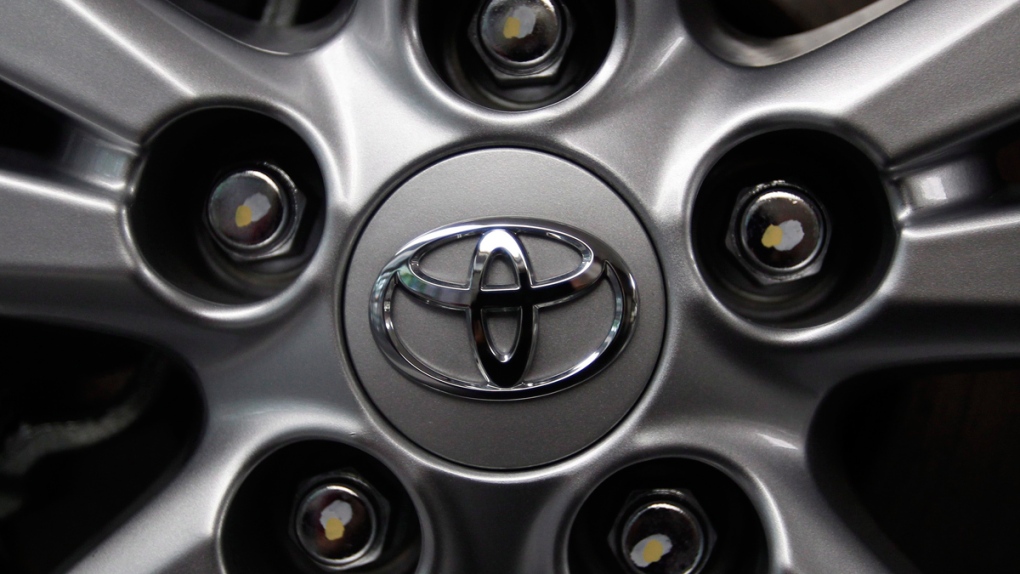 Toyota logo on a wheel at the automaker's Tokyo headquarters, on Aug. 2, 2011. (AP / Shizuo Kambayashi)

MIDDLESEX CENTRE, ONT. -- The recovery of a stolen vehicle has also led London police to more than $25,000 in drugs and cash.

A white Toyota Corolla, that had been reported stolen on Aug. 17 from a driveway on Epworth Avenue, was located in the area of Dufferin Avenue and Maitland Street on Sunday by officers on foot patrol..

Two men in the vehicle were arrested, and a search found a quantity of drugs and cash including:

As a result of the investigation, two London men, ages 52 and 38, are charged jointly with possession of property obtained by crime under $5,000 and two counts of possession of a Schedule I substance for the purpose of trafficking.

Both are scheduled to appear in London court in November in relation to the charges.