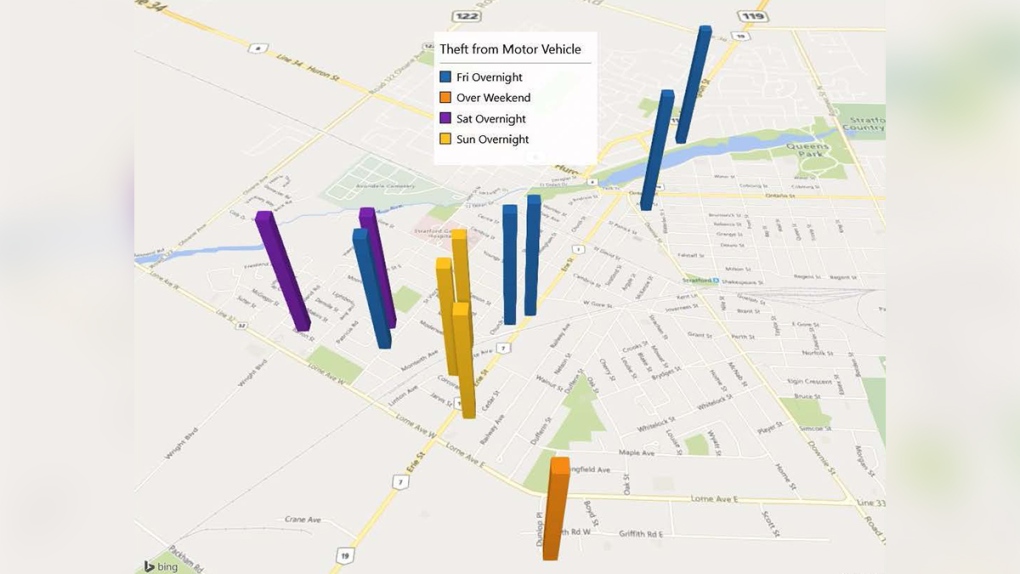 A map provided by the Stratford Police Service indicates the areas where thefts from vehicle occurred in the city the weekend of Jan. 25-26, 2020.

WINGHAM, ONT. -- A couple from Guelph, Ont. are in custody following a rash of thefts from vehicles in Stratford this past weekend.

From Friday evening to Sunday night 11 thefts from vehicles were reported to police.

Everything from cash to sports equipment was targeted, and even a licence plate was taken.

During regular patrol, Stratford police officers heard a car alarm go off near Corcoran Street. Upon arrival, they say they found a man leaving a vehicle.

They arrested him without incident. A woman, apparently travelling with the man, was also arrested nearby.

Police have charged a 28-year-old man and 38-year-old woman with a combined 13 charges, including possession of stolen property and a possession of a prohibited weapon. Both are from Guelph.

Stratford police are urging residents to lock their vehicles to dissuade thieves from even considering stealing from you.