Rally for action on climate change held at Victoria Park 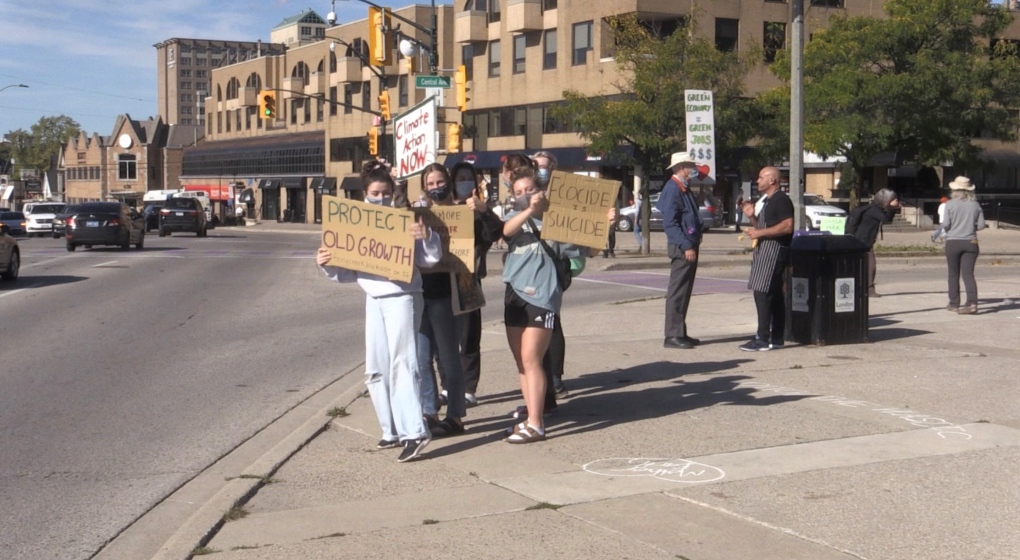 The demonstration by Climate Action London attracted more than two dozen people too the corner of Richmond Street and Central Avenue.

It was held as part of Global Climate Strike -- an international day of action to bring awareness to climate change.

“We just came out of the federal election and there wasn’t really a lot of talk about climate,” noted rally organizer Mary Ann Hodge, who ran for a seat in London London North Centre under the Green Party banner.

“And we know from the scientists that we have very few years to really make some incredible changes that we need to do. And so now it’s time, now that the election’s behind us, to get back and start talking about what we can do to address the climate crisis.”

Although booster shots and third doses of COVID-19 vaccines aren’t currently recommended for most Canadians, additional doses are being made available to certain populations or those who need to travel for work based on their province or territory of residence.

Vaccine allergy? Experts say most past reactions not valid reason for exemptions

Whether people have held off on getting vaccinated because of a past reaction, or are seeking an exemption to inoculation mandates, experts say a previous allergic response doesn't mean you can't get your shots.