LONDON, ONT. -- The preservation project for the 'Holy Roller' tank in Victoria Park is being given a boost on a couple of fronts.

The Sherman tank landed with the 1st Hussars on Juno Beach in France on D-Day. That was June 6, 1944.

It has been sitting as a monument in London’s Victoria Park since 1956, but is now in need of repairs.

It was announced Friday afternoon that a local business has been able to expand its own fundraising initiative.

"Our friends over at Toboggan Brewery have produced their Holy Roller lager and it has been available at Toboggan directly, but it will now be available for Londoners and folks in the area to purchase at 20 LCBO locations,” reported London Ward 2 Councillor Shawn Lewis. “As well, it will be available at the four area (Royal Canadian) Legion branches."

It’s expected the Holy Roller lager will be available in both draft and cans in the Legions, with a portion of all sales going to the restoration effort.

"This is important for all Londoners to get behind it, and what better way to do it than with a beer in hand," says Royal Canadian Legion Zone A6 Commander Randy Warden.

"We've already raised over $75,000 of the $250,000 budget that we're going to need for the costs on this. So, we're ecstatic,” says Bob Buchanan, fundraising chair for the restoration effort.

“The supports come from the community all around; local business, local citizens all stepping up." 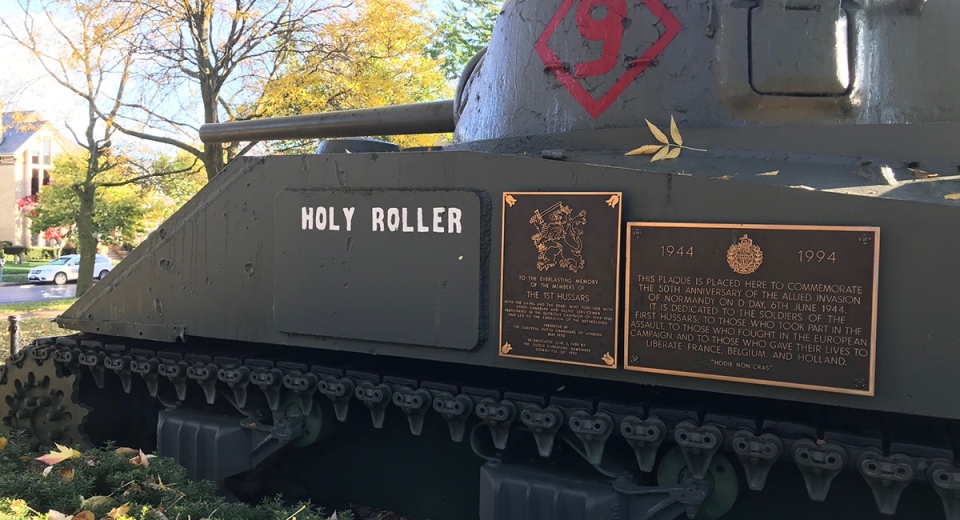 During the announcement, London Mayor Ed Holder launched his own initiative, “I am going to issue today the 'London Challenge.' The London challenge is this, let every Londoner give one dollar. One dollar for the restoration and return of Holy Roller to where it belongs here at Victoria Park."

Sitting in the park, the years of extreme weather conditions have taken their toll on the tank, so Buchanan is anxious to get the restoration underway.

There are also shirts being sold at Toboggan in support of the Holy Roller restoration project.