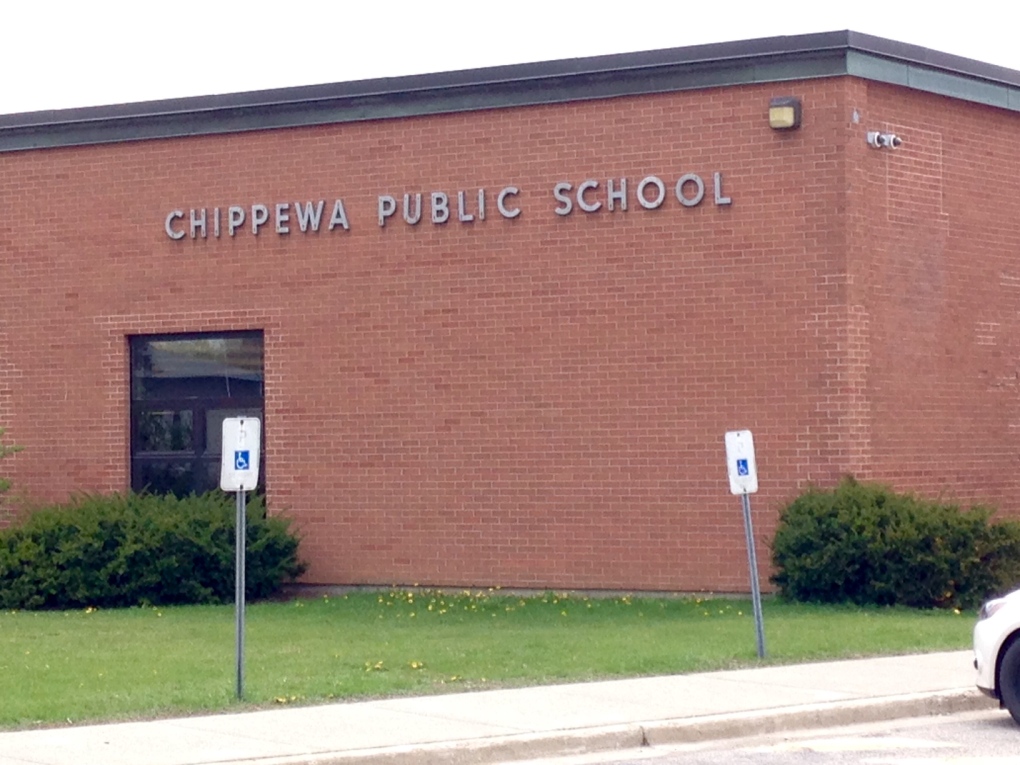 Chippewa public school in London was evacuated on Tuesday, May 3, 2016 after a written note threatened harm to the entire student body. (Jim Knight / CTV London)

A northeast London public school was evacuated Tuesday after a threat to pupils was made.

Police evacuated Chippewa public school after the threat to the entire student body was found on a washroom wall after the final recess of the day.

Pupils waited outside for nearly an hour until police gave the all clear.

No danger was found.