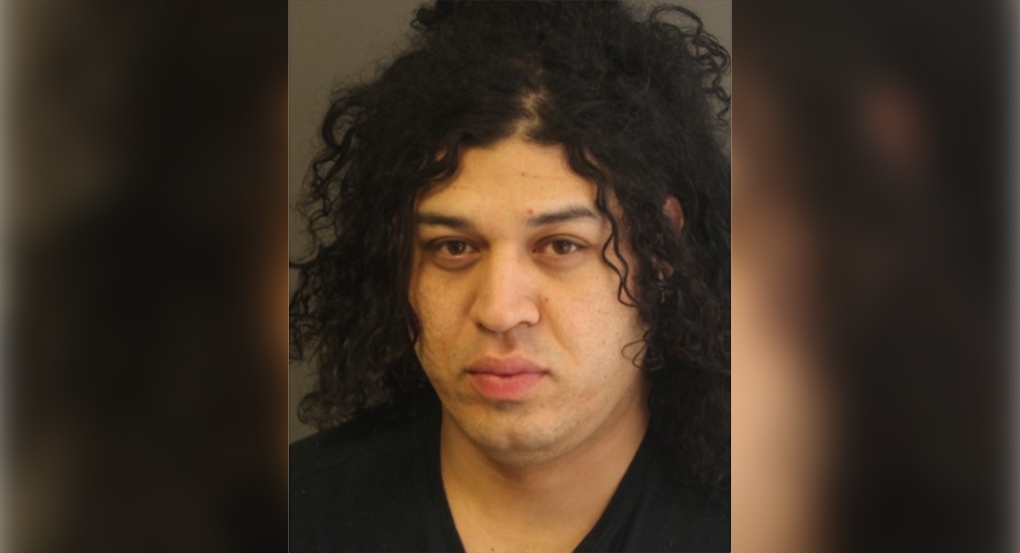 MIDDLESEX CENTRE, ONT. -- London police have issued a rare public safety warning after the same man was arrested twice in one week for criminal harassment.

On Tuesday, a woman working in a liquor store at 3050 Wonderland Rd. S. was reportedly approached by a male who then made inappropriate comments and repeatedly followed her around the store.

Police say the employee feared for her safety and retreated to the store's office until the man left.

A suspect was arrested the next day after police were contacted and an investigation was completed.

As a result, 32-year-old Juan Felipe Carrillo of London was charged with criminal harassment by repeated following and indecent act.

On Monday, Carrillo had been charged with criminal harassment after reportedly following a woman while in his vehicle twice the previous week.

In both incidents the accused was not known to the victims.

Carrillo is described as about five feet 10 inches tall, 210 pounds with brown eyes with long black curly hair often worn in a bun on top of his head.

He appeared in court Thursday and was released pending his next court date on May 3.