Public inquiry sparked by Wettlaufer case to get underway in Ontario 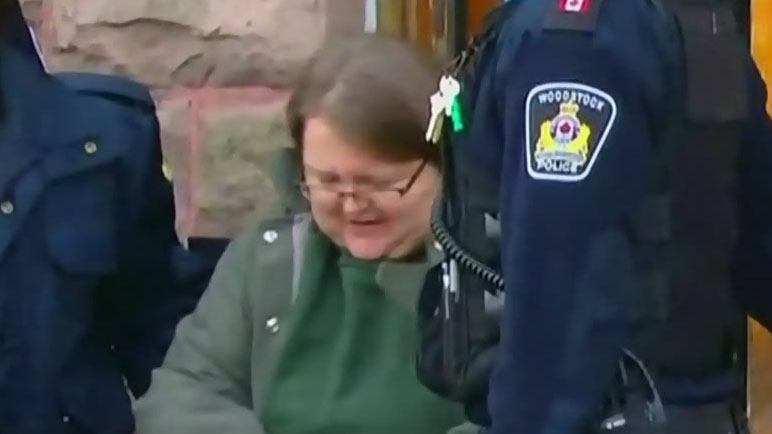 A public inquiry examining the circumstances that allowed a long-term care nurse to kill elderly patients in her care is set to get underway this week.

The probe will examine the systemic factors that allowed Elizabeth Wettlaufer to inject more than a dozen patients with overdoses of insulin while working at long-term care homes and private residences in southwestern Ontario for nearly a decade.

Wettlaufer's crimes were never detected and only came to light when she confessed them to mental health workers and police.

Some of the people who have permission to call and question witnesses at the Long-Term Care Homes Public Inquiry include one of Wettlaufer's surviving victims, family and friends of those she killed, and advocacy and health care organizations.

The inquiry that begins Tuesday will be led by Commissioner Eileen Gillese, who will examine the factors that allowed Wettlaufer's activities to go undetected.

"The mandate of the inquiry is looking at, in part, problems in the system of long-term care homes that allowed these tragedies to occur," commission co-lead council Mark Zigler said in a telephone interview.

"The commissioner has to look at the Wettlaufer offences and what happened and the events which led to them, but also the circumstances and contributing factors including policies and procedures and so on."

The Ontario government set up the inquiry last summer after Wettlaufer's guilty plea and sentence to life in prison without parole eligibility for 25 years.

Gillese ruled that the proceedings will take place in St. Thomas, Ont., a town near the sites where Wettlaufer worked as a nurse that's easily accessible for many of those taking part in the proceedings.

Gillese decided that 17 individuals, groups or entities, including surviving victim Beverly Bertram -- who was attacked in her home -- and other victims' family members and close friends, will have the right to call and question witnesses.

The province, the regulatory body for nurses, and the facilities where Wettlaufer killed her victims were also granted full standing at the inquiry, Gillese ruled. Most of the killings took place at the Caressant Care nursing home in Woodstock, Ont., while one victim died at the Meadow Park nursing home in London, Ont.

Other organizations representing doctors, nurses, and other clinicians who work in nursing homes will also be allowed to participate fully.

One person who will likely not appear before the inquiry is Wettlaufer herself. Gillese ruled that the 50-year-old would not be compelled to testify, supporting a recommendation from commission council.

"We think at this point there isn't that much more to be gained by having her there," Zigler said, noting Wettlaufer's confession and the court's decision to make the details of her activities clear.

Wettlaufer injected her victims with insulin at three long-term care facilities and a private home between 2007 and 2016.

She confessed to police that she would feel a "red surge" that made her think God was directing her murderous actions.

Wettlaufer was fired twice during her career -- the first time in 1995 -- but kept her licence as a registered nurse. Ontario's nursing regulator revoked her certification last year.

The Registered Nurses Association of Ontario, which has standing at the inquiry, said it hopes the probe will lead to tighter rules regulating nurses with a history of disciplinary actions.

"When any nurse is terminated due to patient safety issues, and there are previously documented reports of safety concerns, the College of Nurses of Ontario should be obligated to conduct an investigation," it said in a statement.

"RNAO also wants to see employers mandated to disclose terminations that are related to patient safety to prospective employers during reference checks, as well as disclose this in reference letters."

Gillese, a justice of the Ontario Court of Appeal, is expected to release her final recommendations by July 31, 2019.