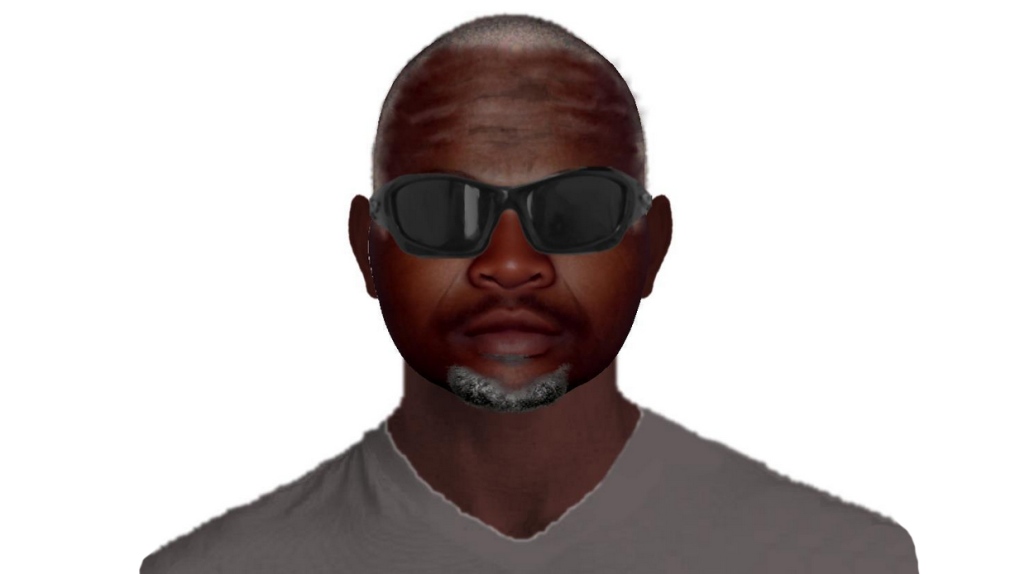 London police have released a composite sketch of a suspect sought in a sexual assault one week ago.

Investigators are asking for public help to identify the man, who is a suspect in an assault that happened near Springbank Drive and Wonderland Road in London, Ont. on Friday, July 26.

The incident reportedly happened around 7 p.m. at the Civic Gardens when a woman was approached by a male riding on a bicycle who then allegedly sexually assaulter her before leaving westbound through the park.

He is described as a black male with a dark complexion, 35-45 years of age, about 5’10” tall, with a medium/athletic build, bald or with very short hair, a black goatee and very white teeth.

He was wearing a grey t-shirt, dark pants or shorts, black running shoes and mirrored aviator-style sunglasses and riding a silver or grey mountain bike. He also reportedly had a thick accent.