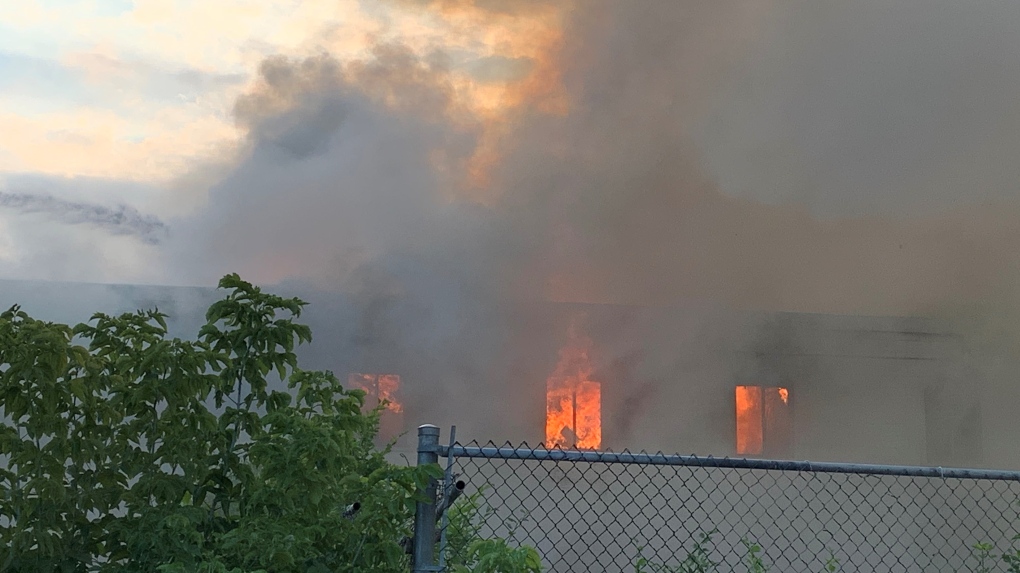 London police are asking the public for any information they may have following a fire at a vacant building on Centre Street.

Firefighters responded to the fire in an empty warehouse in the area of Wharncliffe and Base Line roads, shortly after 6:30 p.m. Tuesday.

The fire sent a lot of smoke into the air, and prompted officials to ask those in the area to keep windows closed and shelter in place.

No one was injured in the fire, but the building was knocked down the following day.

It had already been recommended for demolition, and neighbours told CTV News London people could be seen coming and going, using the building for shelter.

Police say the investigation is ongoing and has been reassigned to the Criminal Investigations Division.