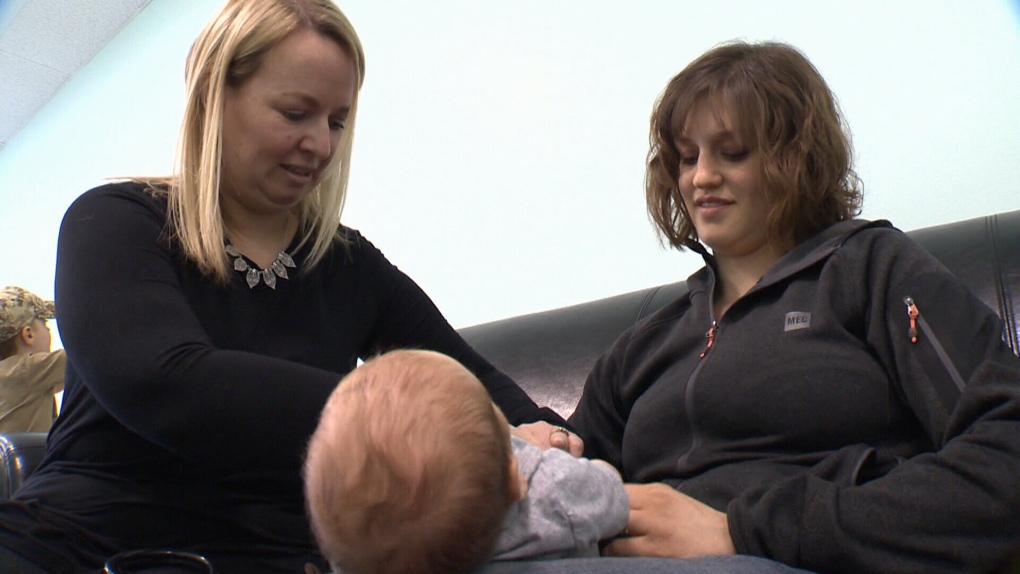 A new mother is seen with her baby and a midwife.

TORONTO -- Ontario wants to give midwives across the province the ability to prescribe a wider variety medications, a move those in the profession say could help improve patient care.

Health Minister Christine Elliott said Monday that consultations are underway to expand midwives' scope of practice with the body that regulates the profession. She said the province wants to enable midwives to use their education and training more effectively.

"One way that we can achieve our vision is to ensure that midwives have access to the most up-to-date and relevant drug treatments and therapies for their clients," Elliott said. "The current regulatory framework does not enable this to occur."

The laws that regulate midwives spell out specific medications they can prescribe to patients. For certain drugs, such as some narcotics, midwives currently have to consult a physician if they want to prescribe the medication to a patient.

Elliott asked the College of Midwives of Ontario in a recent letter to amend its drug regulations by the end of the year to expand what medications its members can prescribe.

The college said Monday that Elliott's letter had come after it had asked the government in January to allow midwives access to any drug or substance approved by Health Canada that is within the scope of midwifery practice, with some exceptions.

Spokeswoman Nila Halycia said the college is pleased the ministry is working to expand the scope of the profession.

"This will help provide greater choice and convenience for families, and reduce the time that patients wait for medications and therapies," she said in a statement.

Elizabeth Brandeis, president of the Association of Ontario Midwives, said midwives have long been asking for an update to the prescribing rules.

"This is something that has been in the works for many years so we've very excited to see action on this," she said. "This is simply an enhancement of midwifery that will provide a more seamless experience for people accessing midwifery care."

Meanwhile, the province announced Monday that it would continue a commitment by the previous Liberal government to spend $28 million this year to expand midwifery, with Elliott estimating the funding will give up to 3,400 more families access to the services.

"This additional funding will mean more expecting families across Ontario will be able to access quality care from a midwife during pregnancy, labour and birth, as well as six weeks of support once their baby is born," Elliott said.

Brandeis said midwives welcomed the funding but were also hopeful that the government will take action to address wages and benefits that have been frozen for years even as demand for services has grown.

"While the investment from government of course is good news, and we want more people to receive midwifery care, we can't grow a profession without also making sure that the providers can remain within the profession," she said.