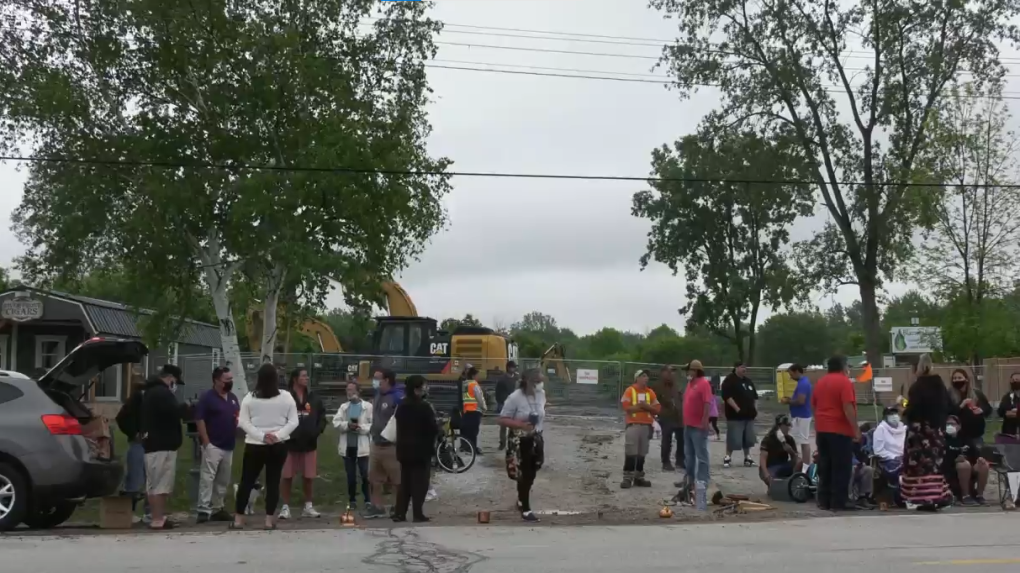 Tension is growing on a First Nation near Sarnia, where members of the community are trying to prevent the construction of a gas station near the St.Clair River.

Protestors set up Thursday morning outside of the construction site on the Aamjiwnaang First Nation as crews arrived to begin work.

Community members say the gas station has not been approved, and they argue that it puts the river at risk.

Neighbour Jada Henry says, "This is not approved by chief or council, and it was not wanted by the community. The community had shut this down before the chief and council had the opportunity to approve initially. They are trying to go around whatever they can to have this to be built here along our river."

In a statement, property owner Leslie Peters tells CTV News London she is a band member and a land owner in the community who is looking to build a business and contribute to the local economy.

She says she is respecting all laws and environmental standards, and is taking the situation very seriously.

However, those community members who attended the protest, disagree.