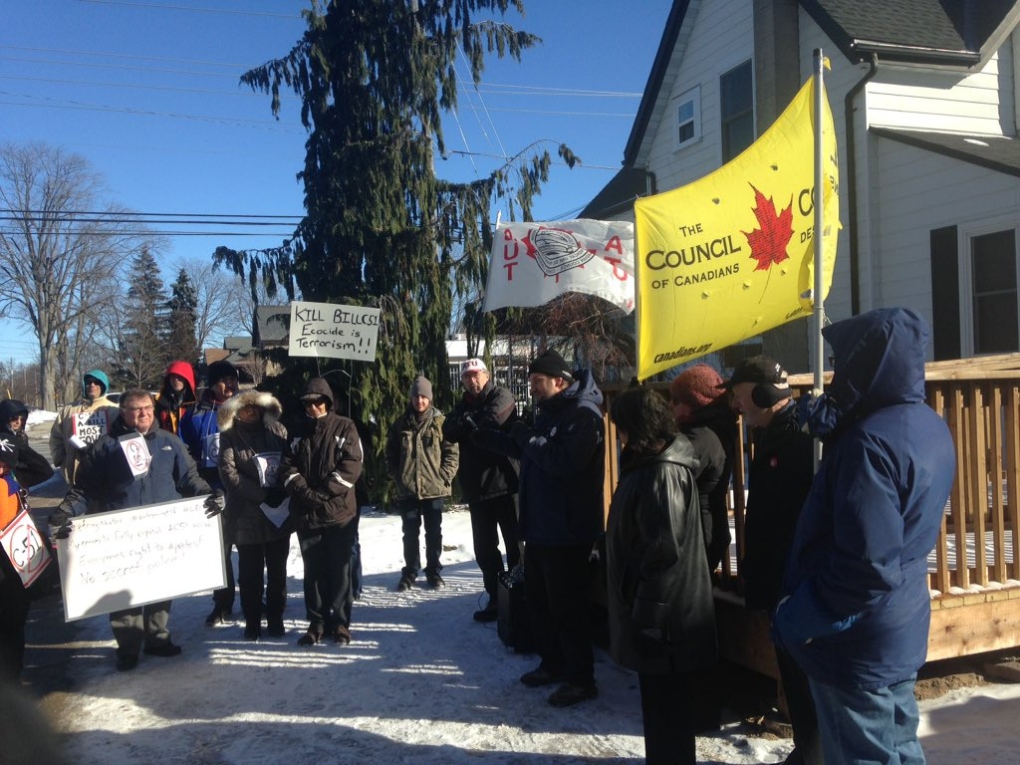 While the Conservative government is gone from power, one of its most controversial legacies remains.

Now protesters against Bill C-51, also known as the anti-terrorism act, are turning their attention to the Liberal government and Prime Minister Justin Trudeau.

A National Day of Action against the act was was held Saturday across the country and included a local protest.

About 40 protesters were at the constituency office of Liberal MP Peter Fagiskatos Saturday afternoon.

They felt the act is over-reaching in its scope and infringes upon civil liberties.

While the Liberals have said they would review and modify it protestors want it repealed.

“It's basically there, you know, left by the Harper Government as a fear-mongering tool, which is so unfortunate. So repealing this bill completely would show that Canada is open-minded and accepted and welcoming. And Canada does not give in to fear-mongering,” said protester Leila Almawy.

The bill implemented a number of changes, including making promoting terrorism a jail offence, allowing for arrestes without a warrant and it broadens the power of security agenices ot collect and share information.