Proposal could change ownership of much of Sauble Beach shoreline 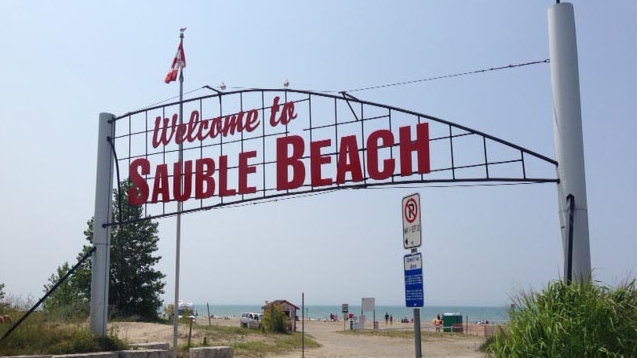 The ownership of one of Ontario’s favourite beaches could be changing.

At a public meeting in Sauble Beach on Wednesday residents heard for the first time about a proposed offer to transfer ownership of a large portion of the now public section of the Sauble Beach shoreline to the Saugeen First Nation.

The band says a treaty dating back to the 1800s gives them ownership of almost all of the Sauble Beach shoreline.

Following nearly a decade of negotiation, a proposed offer would see the band take ownership of the nearly two kilometres of shoreline, stretching from Main Street north to 6th Street North.

The deal would maintain public access and would not see any fees charged for residents to use the beach.

Currently, the band charges people to simply walk on the section of Sauble Beach they own south of Main Street.

The proposed offer would see joint management of the main beach between the Town of South Bruce Peninsula and the band.

The town’s lawyer says if the offer is not agreed upon, going to court would be the next step, which he warns would be an expensive undertaking.

Neither the municipality nor band have agreed on the proposed offer.

Residents have until Aug. 21st to comment on the tentative deal and a decision is expected sometime after October’s municipal election.