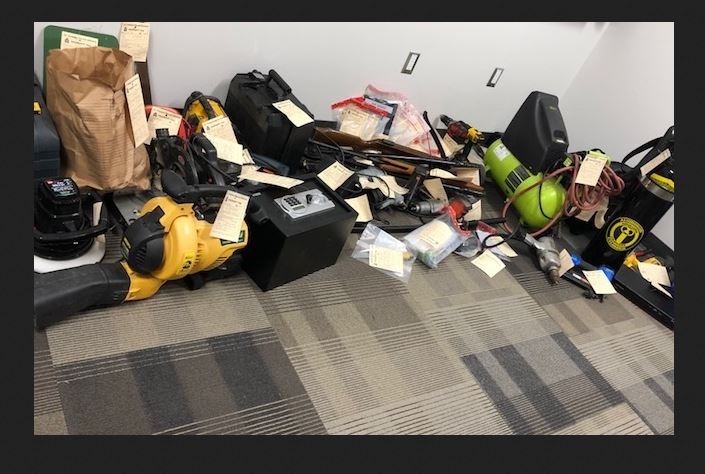 A drug raid in St. Thomas resulted in narcotics and a huge amount of stolen property being seized, police say.

The drug bust was executed at a residence on Horton Street over the noon hour Wednesday.

Police say they had been investigating the address for weeks after suspecting a high volume of drug activity was taking place at an apartment located on the lower level.

A 49-year-old man and a 42-year-old woman were arrested and charged.

A 46-year-old man who came to the apartment during the raid was also charged.

Police say the stolen property was likley taken from several vehicles and garages in the city over the last couple of months. Police say it could be weeks before the property is returned to its owners.

Shortly before the warrant was executed a 32-year-old man was arrested and charged after officers said they observed him purchasing drugs at the home.

As well, police say a couple arrived in a suspected stolen vehicle at the home while police were still on site.

Police say a Ford Explorer had been stolen from London hours earlier and it was full of suspected stolen property.

A 31-year-old woman driving the vehicle is facing charges including impaired driving by drug.