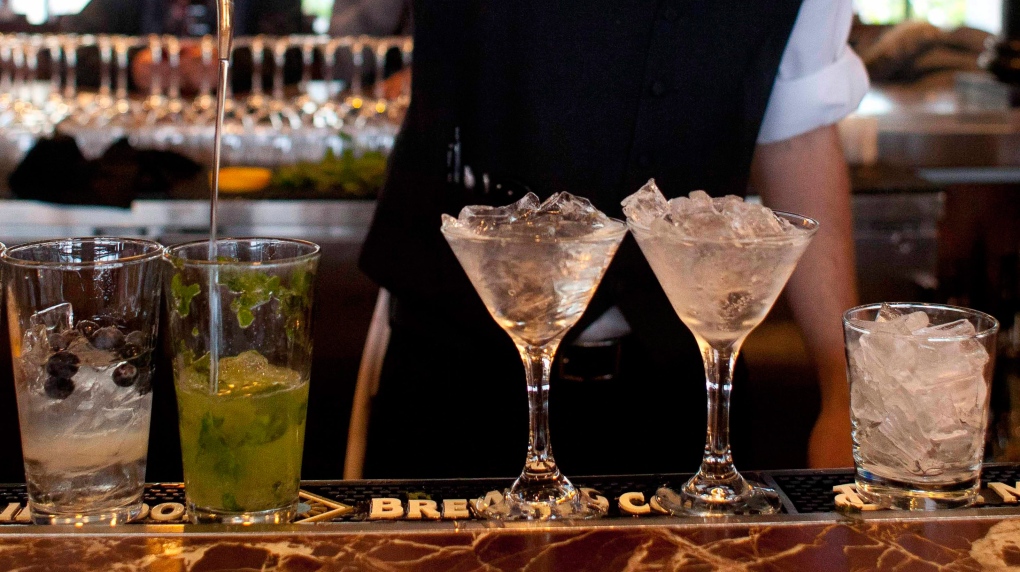 TORONTO -- Those who enjoy a boozy brunch or the prospect of drinking in a park will find something to smile at in the Ontario government's latest budget.

The first fiscal blueprint of the Progressive Conservatives' term contains several measures to loosen rules around alcohol consumption in the province, while also liberalizing certain gambling and combat sport laws.

The province will allow bars, restaurants, and golf courses to start serving alcohol at 9 a.m., seven days a week, and is promising consultations on a further increase in hours of service in the future.

The government will also let municipalities establish rules about where booze can be consumed in public, such as in some parks. Regulations are also changing to allow tailgating parties near sports events across the province.

Meanwhile, casinos will now be allowed to advertise free alcohol to "level the playing field" with American competitors, the budget says. And the province will loosen rules to allow licensed establishments to advertise "happy hour" promotions.

The government said the measures are meant to respect consumers by "trusting them to make responsible choices."

"The cornerstone of putting people first is consumer choice and convenience," Finance Minister Vic Fedeli said. "This is why our government is taking steps to modernize the way we sell, distribute and consume alcohol in Ontario."

The emphasis on booze comes as the Tories constrain program spending across the board in an effort to chip away at a deficit that stands at $11.7 billion.

The new alcohol regulations will also give wineries, cideries, breweries and distilleries greater flexibility to serve booze at their manufacturing sites, with the government planning to scrap required serving sizes.

Veterans may also soon have access to cheaper beer, as the government looks to lower its cost at Royal Canadian Legion halls by this fall.

Meanwhile, a planned wine tax increase scheduled to take effect April 1 has been paused. And the Tories intend to move forward with a previously announced plan to put beer and wine in corner stores.

The province said it heard from more than 33,000 consumers and businesses during consultations on alcohol availability that helped inform its decisions.

Interim Liberal leader John Fraser said he cannot understand the government's "obsession" with alcohol when it should be focused on health care and education.

"We've been talking about alcohol for the duration of this government," he said. "I'm not saying doing these things is bad. It's just there's way more important things."

"Budgets really reflect the values and priorities of a government," he said. "In the case of this government, it's clear what they want to protect is booze, gambling and tailgating."

The province said it will create a "competitive market" for online gambling. It said that current prohibitions on the activity in the province is sending revenue to so-called "grey market" websites.

The budget also promises to change how the province regulates combat sports like boxing, mixed martial arts and kickboxing. The government says the rules are out of date and create safety concerns for participants and barriers for business.

The rules and regulations around the sports would align with other jurisdictions, the budget says.