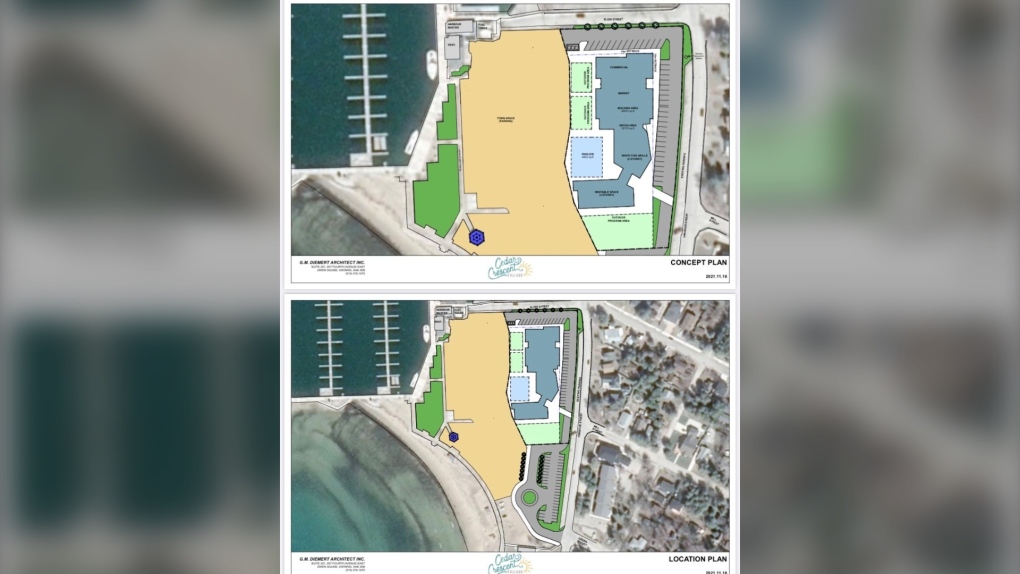 A complex being planned that includes an event space, restaurants and shops along Port Elgin’s waterfront, is likely moving further away from the shoreline.

Facing regulatory concerns from the Saugeen Valley Conservation Authority about potential flooding issues, developers with Cedar Crescent Village have come up with a plan that moves the development further from the water.

The alternate plan, which will still see the project on municipally-owned beach-front land, just further back from the water, was approved by Saugeen Shores Council Monday night.

The project’s footprint, which will be about 30 per cent smaller, also loses a controversial banquet hall that raised the ire of potential shoreline neighbours.

“We’ve had an exciting plan in place for a long time to revitalize our waterfront. I’m thrilled that after a long delay it is starting to move forward again,” said Saugeen Shores Mayor Luke Charbonneau.

According to the municipality, pending permit approvals, it’s expected Phase 1 of the Cedar Crescent Village will open by May 2022.

Cedar Crescent Village is a privately-funded project being built on municipal land in Port Elgin.