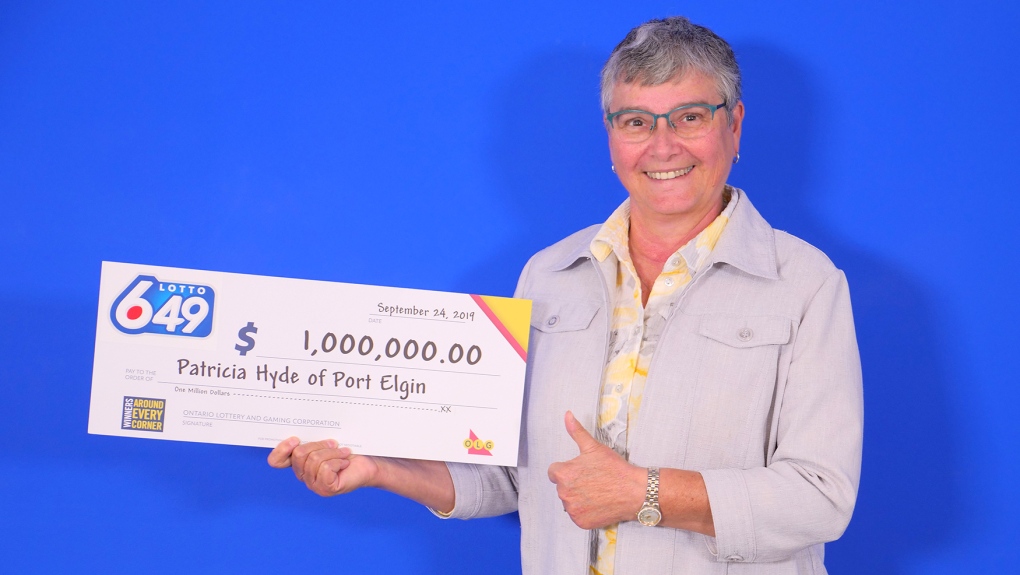 Picking up her cheque in Toronto, Hyde said she enjoys playing Lotto 6/49 and when she found out she won she says, "I yelled 'woo hoo' and I danced."

The retired 63-year old learned she had won when she checked her ticket online.

"I am ecstatic about this win," Patricia told OLG representatives. "I can finally sleep!"

The mother of two and grandmother of three plans to use the money to help family and travel.

The winning ticket was purchased at The Bare Necessities on Patrick Street in Fordwich, Ont.