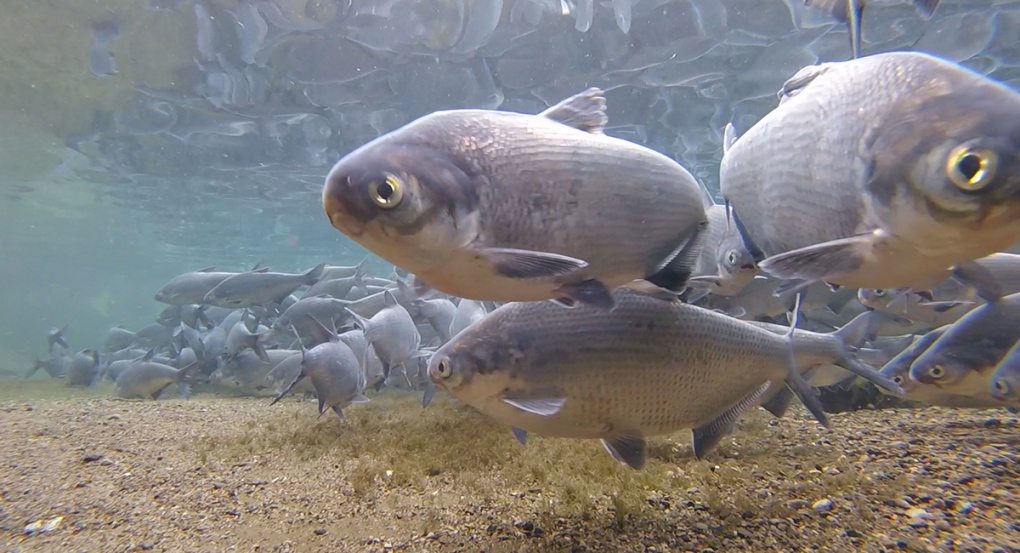 MIDDLESEX CENTRE, ONT. -- The Upper Thames River Conservation Authority (UTRCA) says a large die-off of fish in the Thames River is likely due to a combination of factors, but is not unusual or the result of pollution.

The type of fish found dead, the Gizzard Shad, is in fact prone to large wintertime die-offs.

Michelle Fletcher, the UTRCA aquatic biologist who visited the site earlier this week, said in a statement, “The most likely cause of the die-off is a combination of stressful winter conditions, high numbers of fish, and the presence of an infectious fish disease called Viral Hemorrhagic Septicemia (VHS) in the Gizzard Shad population."

She explained that Gizzard Shad will gather near warm water outlets like those for wastewater and storm sewers in order to stay warm.

“However, while a die-off may occur near these sites, it does not mean that it is the result of something released from these sites, such as a spill or environmental pollution.”

Both the Ontario Ministry of the Environment, Conservation and Parks (MECP) and Ministry of Natural Resources and Forestry are aware of the die-off, but the MECP does not believe it is related to a spill or environmental pollution.