LONDON, ONT. -- Take a deep breath. Depending on where you are living that air you just breathed may be causing more children to develop asthma.

After following more than 114,000 children for 10 years, Ontario researchers have found children in Sarnia, Ont. are at a higher risk for developing asthma.

Researchers from Lawson Health Research Institute (Lawson) and Western University in London, Ont. reported their findings Tuesday, a day ahead of World Asthma Day, and found that air pollution was a major factor.

Asthma is the most common chronic disease in Canadian children and can have a significant impact on quality of life. It is also the leading cause of emergency department visits for the age group studied.

According to the team's findings, exposure to air pollution in the first year of life contributed to children in Sarnia developing asthma at a higher rate than in other southwestern Ontario communities.

“We wanted to see if children born in three cities – London, Windsor and Sarnia – had a different risk of developing asthma due to the differing air pollution levels in the three regions, even though the people living in these cities are otherwise comparable in many ways,” said Dr. Dhenuka Radhakrishan with Western and the Children’s Hospital of Eastern Ontario (CHEO) in a release. 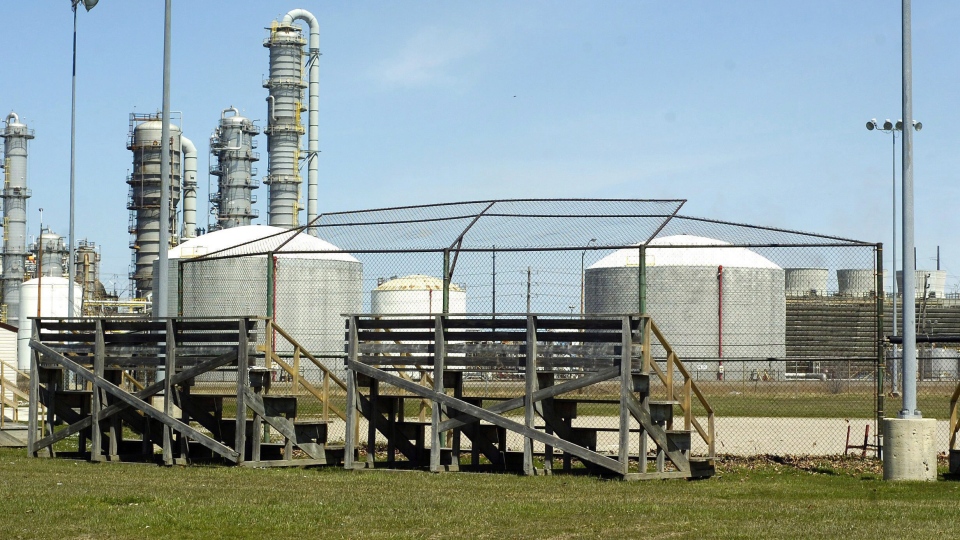 Radhakrishan pointed out that the three communities have varying levels of pollution due to differences in industries and traffic.

She pointed out that a major difference in Sarnia is the existence of 'Chemical Valley,' where several chemical plants and oil refineries operate in close proximity to one another.

The research showed that between 1993 and 2009 nearly 24 per cent of children in Sarnia were diagnosed with asthma by the age of 10.

Windsor came in slightly lower at 21 per cent and London had the lowest rate of the three with 17 per cent.

The findings were most apparent before the age of two but continued beyond the age of six.

However, there is good news in the findings.

“Reassuringly, we found the asthma risk for children has reduced in more recent years as pollution levels have also decreased,” said Dr. Radhakrishnan.

The team also found evidence that exposure to air pollution during pregnancy could influence the development of asthma.

“It’s important to find strategies to prevent asthma development and this study suggests that reducing air pollution exposure, including environmental causes, might reduce the number of children who suffer from asthma,” said Dr. Salimah Shariff with Lawson and Western.

Sarnia Mayor Mike Bradley says it's not just local industry that's to blame for pollution levels, "We also have our American friends, because a lot of our pollution comes from the South. One of the primary things society needs to do is protect young people."

And he adds that the city won't be able to tackle the issue alone.

“It’s obviously not just a local initiative to try to decrease the amount of pollution, we need assistance from the federal and provincial government."

Dr. Sudit Ranade, the medical officer of health for Lambton County, also points out that it's not just 'Chemical Valley' that can cause poor air quality.

“When you think about environmental risk factors, people spend like 80 per cent of their time inside...this is hinting that there may be an additional outdoor risk factor based on levels of air quality... it’s one of many possible causes as to why there is more asthma here.”

Ranade adds that in addition to the environment, there are also genetic risk factors associated with asthma.