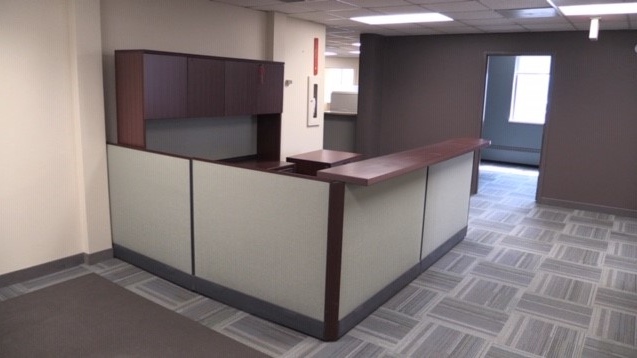 LONDON, ONT. -- Did London taxpayers get shortchanged when the region’s health unit abandoned office equipment inside a building controlled by Middlesex County?

In a letter to the City Hall’s Community and Protective Services (CAPS) Committee, Councillor Shawn Lewis asks if city administration was provided an inventory of items for possible repurposing.

"What I’m hearing from our staff is that in fact we don’t know what was left behind," Lewis tells CTV News. "We weren’t given an inventory of what the Middlesex-London Health Unit (MLHU) was not carrying forward to their new location."

Numerous pieces of office equipment, electronics and other items were left inside 50 King St. when the MLHU moved to Citi Plaza in March.

The health unit claims the equipment was old, too expensive to move, or not required in its new headquarters. 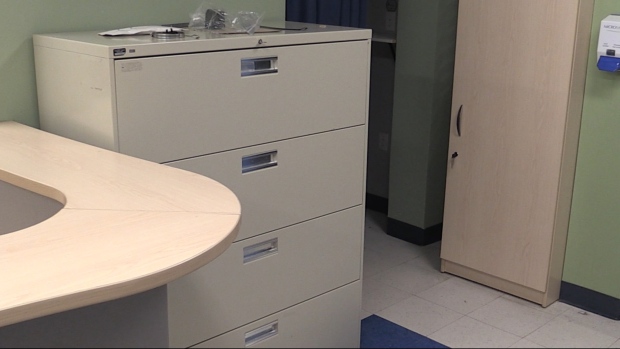 A filing cabinet left behind during the Middlesex-London Health Unit's move is seen at 50 King St. in London, Ont. (Daryl Newcombe / CTV London)

Since that time, Middlesex County has been examining the cache of items with the intent of repurposing as much as possible within its rural municipalities.

"Some of those items could have been repurposed for city use or use by our community partners," explains Lewis.

Lewis argues city taxpayers contribute the lion’s share of the municipal portion of the health unit’s budget. The city should, therefore, have equal opportunity to repurpose the abandoned equipment, or offer it to local agencies.

If municipal staff were not offered the equipment, Lewis recommends the health unit develop an asset disposal policy in consultation with Middlesex County and the City of London.

City Hall’s CAPS Committee will discuss the letter on May 26.